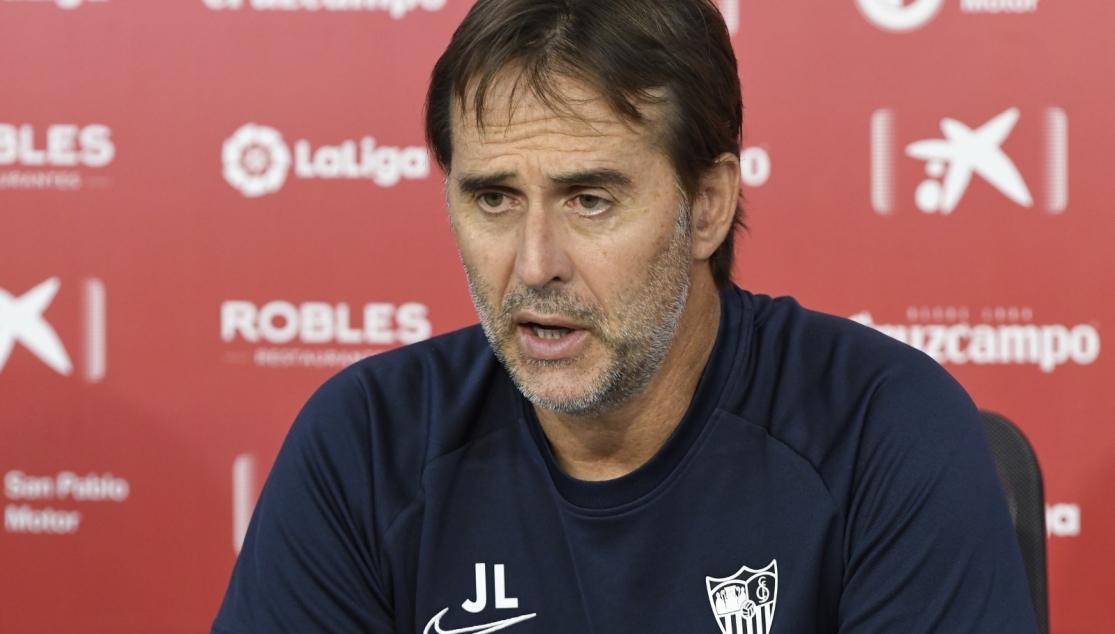 LOPETEGUI: "WE HAVE TO FOCUS MORE ON WINNING MATCHES RATHER THAN DOING THE NUMBERS"

Julen Lopetegui spoke to the press today, on the eve of the clash against Real Valladolid. Firstly, he was asked about the performance against Villarreal from the players who had featured less: "I don't like calling them rotations. It's using and managing the squad. The opening stages are a bit more difficult for everyone because there is more energy and less distances. Regardless of who plays, the second half is a different match. We have full confidence in everyone and there will be moments when some players play and others play. It's a different scenario, with important continuity and the main thing is that everyone has their ears up because we will need them".

The Basque manager showered an in-form Valladolid side with praise: "Every match takes blood, sweat and tears, this is the most important league in the world and we play a lot. Every opposition side is good and Valladolid are well-prepared and complete. They can take up different roles and played well against Atlético de Madrid, taking them to the limit and only losing from a set piece. They had chances to take the lead and this will make us be ready for a match that will push us greatly".

The fact that there are many sides in the relegation battle is not exactly a relief for Lopetegui: "The matches will be difficult because we're playing against teams who are fighting for their lives. We know what that extra difficulty means and every match will be a battle. There's no other scenario, and if there is, it's more for you all. We professionals don't think like that. We think about excitement for achieving our aims and in what we have to do for the next match".

The manager did not confirm whether this would be a match to give minutes to academy players: "The lads are working with us and helping us. If we need to, we'll use them. They are another alternative and we don't think about giving minutes out, but we think about winning matches. Genaro and Mena have already played in the Europa League and I don't know what will happen. It'll depend on the circumstances of each match".

He is happy with his squad on a mental level too: "We all have to put the effort in to be good on a mental level too. I am sure that they have and will continue to put in that effort. This won't stop, we're fully in a whirlwind of matches and we have to continue with the light on. We're not stopping for too long about what has happened because there is no time and we need to be able to reset quickly. It's very important. There will be moments of more joy or less joy with respect to the previous match but we must turn the page with freshness".

Lopetegui commented on Munir's good form: "Nothing has changed, he is a player that has played more at some points and less in others. At the moment he's playing, and at a good level. He has always had a good attitude to work and now he's reaping the rewards, but every match is massive and no one will live based on what they did last game. We're happy with his attitude and performance, like the rest of the team".

He also focused on Banega and Suso: "Let's hope they can stay and help us out. Éver is fully involved and I hope everything goes well. Suso had a problem at the end of training and maybe it's caught him when he started. I'm sure he'll come back in because he's a great player, he's trying and he's going to help us. I have no doubt about his commitment and quality".