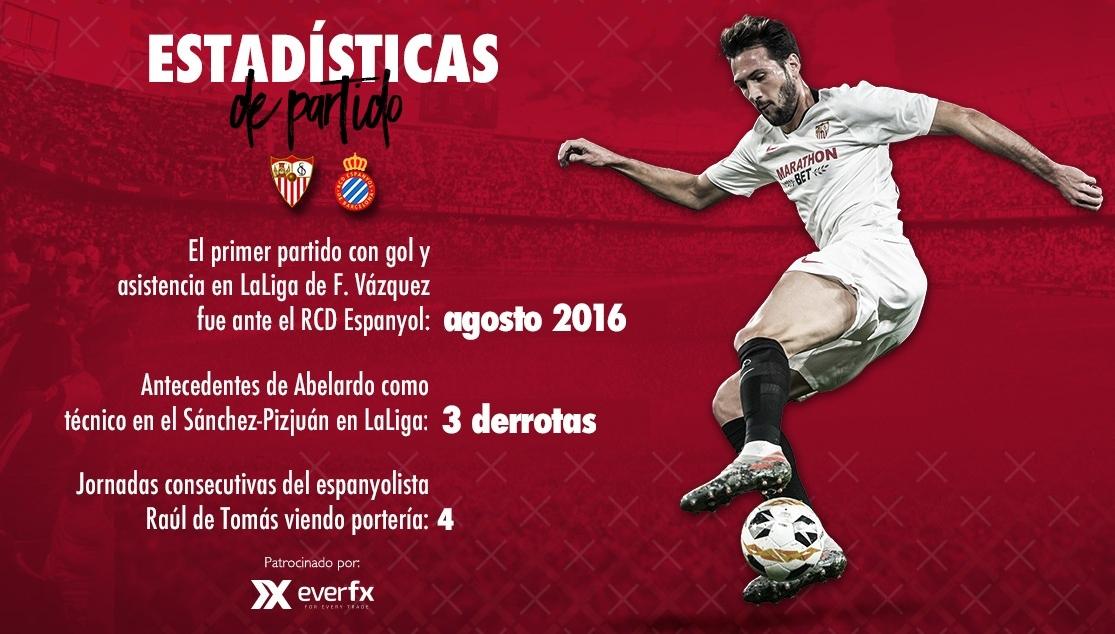 LaLiga is back at the Ramón Sánchez-Pizjuán and it is a midday kick-off for Sevilla FC, as they host RCD Espanyol in Matchday 24. Despite the fact it is a Sunday match, the match is the first of three games in just seven days for both sides, as Europa League football makes its return on Thursday. Before the trips to both Cluj and Getafe, Sevilla FC are looking for a much-needed three points as they try to move back into the Champions League spots.

Espanyol travel to Sevilla knowing that the home side are in a tough situation after last week's loss away at Vigo, and the Catalan side are in good spirits after picking up their first home win of the season against Mallorca last week. Since the cup exit away at Mirandés, Julen Lopetegui's side have picked up just one point, drawing at home to Alavés before that loss at Celta, so picking up all three points, especially at home, is absolutely vital for Sevilla, who are currently fifth in the table, a point behind Atlético de Madrid and three behind Getafe, who both failed to win on Friday and Saturday respectively. Atlético drew at the Mestalla, while Getafe were beaten at Camp Nou.

As for Espanyol, they have improved significantly since the arrival of new manager Abelardo. They have picked up eight points from fifteen and are now better placed to secure their LaLiga status this season, which looked unlikely before the Christmas break. With eighteen points, Espanyol are still bottom of the table, but they are tied with Leganés, and are just two points behind Celta and three behind Mallorca. The signing of Raúl de Tomas has been crucial for their turnaround, scoring four goals in four league games since his arrival, as well as a goal in his only cup game. However, the striker is not in the travelling squad for tomorrow's match.

Julen Lopetegui stated in his pre-match press conference that "Espanyol have grown in confidence, but we can't be distracted by them, we have to focus on ourselves". As for Espanyol manager Abelardo, he believes that "Sevilla are even more dangerous after the loss in Vigo".

Tomorrow's match will kick off at 12:00 CET at the Ramón Sánchez-Pizjuán, and will be refereed by Cordero Vega from Cantabria. González González will be in the VAR room.