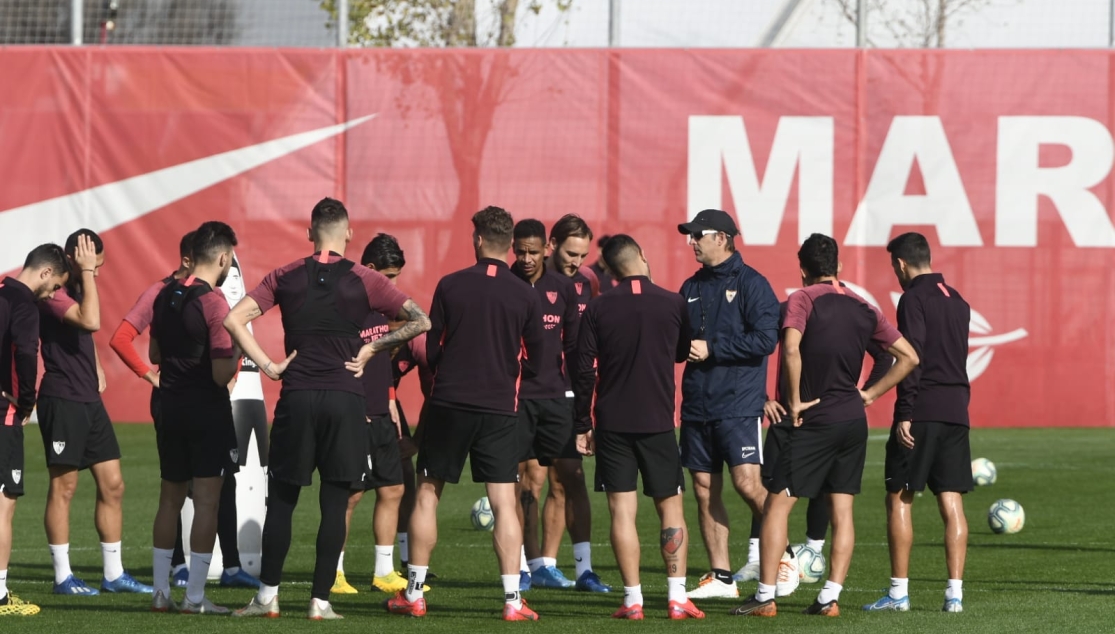 Óliver Torres was once again not involved

We're now counting down the days until the next league game against RCD Espanyol. This Thursday morning, Julen Lopetegui took the third session of the week, where the main absentee from the group was once again, Óliver Torres. The session was mainly focused on tactical work in the build up to Sunday's La Liga clash at home against a resurgent RCD Espanyol. Club President, José Castro, along with First Vice-President, José María del Nido Carrasco, were both present for a part of the session.

Tomorrow morning, on Friday 14th February, the group will have their penultimate session ahead of the all important match at the Sánchez-Pizjuán; with the team desperate to get back to winning ways and keep in the hunt for the Champions League spots in La Liga.