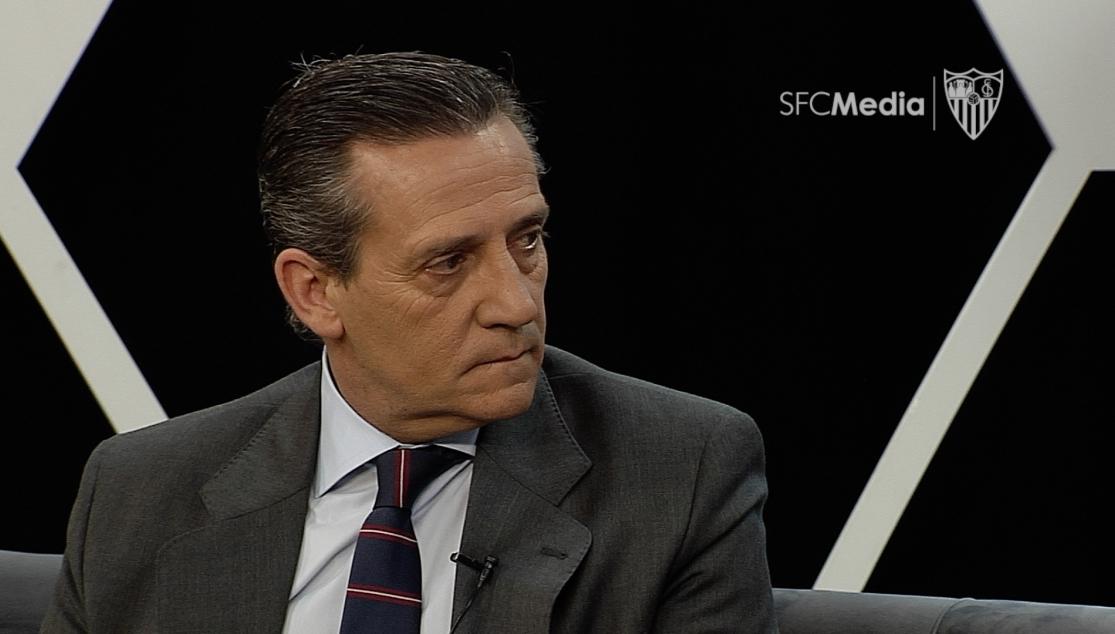 JOSÉ MARÍA CRUZ: "WE WANT TO GROW IN ALL ASPECTS AS A CLUB"

"We're at a point where the new, bigger, and better Sevilla FC of the future will be launched"

CEO of Sevilla FC, José María Cruz, was the guest on last night's edition of 'A Balón Parado'. Throughout the programme, he analysed the current squad, as well as what the plans are for the future: "Everyone who makes up the organisation that is Sevilla FC, is thinking about the wellness of the football club. We're lucky that we have the personnel here who are always thinking about how we can grow the club. It's one of the keys to success to what we're building. We don't want to set ourselves limits as we're always wanting to do something more. We're constantly thinking about how we can do better".

José María Cruz then went on to speak about the current team and the fact that at the minute, the team is going through a transitional period: "In a football club, obviously the sporting side and of course the first team are always that parts that attract the most interest - they're the most demanding. It's the thing that drives the entire organisation. However, as for the rest of the club, I believe that we're at a point where the new, bigger, and better Sevilla FC of the future will be launched".

The CEO was ambitious when he spoke about the growth of the club: "We want to be bigger, and grow in all aspects. We want to reach those teams who have been able to achieve a status of which we would like to achieve. In such a competitive environment, it's difficult to stand out from the crowd. We've decided to spend a lot of time thinking and planning what we're going to do". We want everything to be well thought out and that there is less of a chance for us to make a mistake. We want everyone in the organisation to be a part of this process. You have to imagine what we want to be in the future; and that's something that we've all be thinking about and working hard on these last few months".