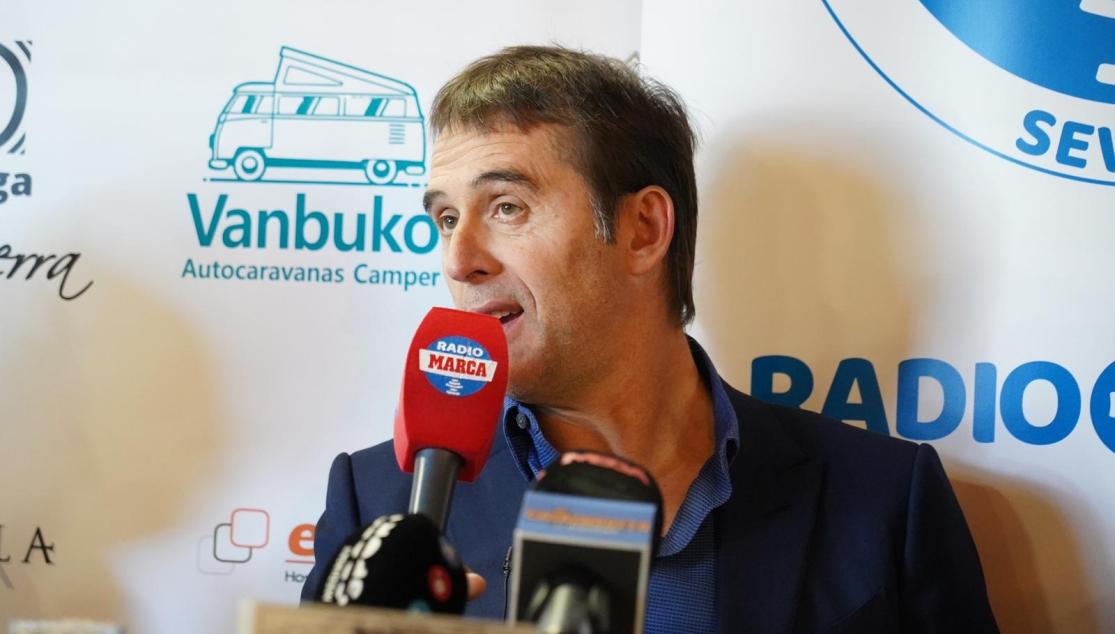 LOPETEGUI: "THE TEAM IS WHERE IT NEEDS TO BE"

Julen Lopetegui featured on the Radio Marca Sevilla talkshow on Tuesday, and spoke about the recent performances of the team: "Whether we win or lose we act the same. In football, in a season of 38 matches, there are good moments and bad moments. Last time out we deserved more. We could have gone 2-0 up but we didn't. The match where we felt worse was the one against Mirandés. We have to keep working. The demands are always positive, but it's good. We'll approach it normally. What the team has to do is move forward".

He asked for confidence in the squad: "Short-term diagnoses don't work in football. The team is where it needs to be to fight for this season's aims. It's a very even league, and the teams that reach their aims are those who prepare the most. We've got a demanding game in a few days. If you stop, you get swept away. I understand that you have to show a definitive conclusion, but football isn't like that". He also spoke about the winter transfer window: "We needed pace up front, now we have it. We've signed players, and we've signed well. We have new options that we didn't have before". He went on to focus on the defence: "We have faced the fewest shots of all LaLiga teams, but we've conceded from set piece and they should be avoidable. Every detail is important. For example, against Alavés or Villarreal".

He explained Ocampos's new role: "He wanted to play on the left, it's where he has played almost all his career. Good players adapt quickly, it's not something that worries me. The important thing is not where he starts, because he can now cut inside, as can Suso". Finally, he spoke about Banega's departure: "He's managed this normally and with confidence. I know he will give it his all, he's very responsible. Of course, as we know his future, every little detail of his play will be analysed".