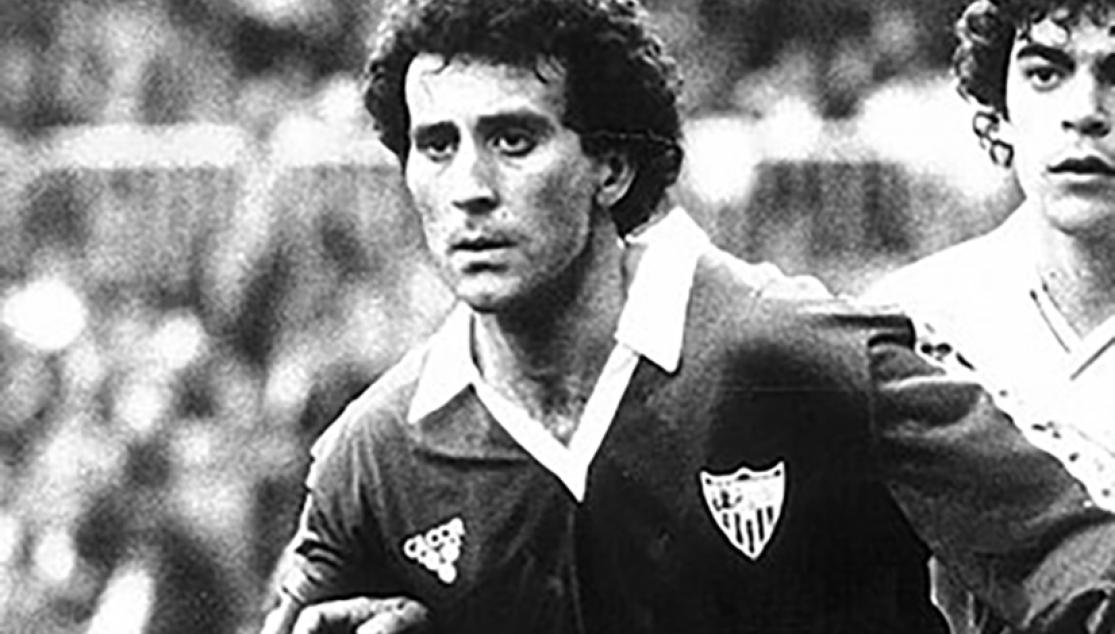 The midfielder who came from Osuna played more than 300 games for Sevilla FC over the course of nine seasons. He would also go on to represent Spain at the 1984 European Championships and the 1986 World Cup

At the request of the History Department at Sevilla FC, Francisco López Alfaro, known in the footballing world as Francisco, has been inducted into the Hall of Fame at Sevilla FC; becoming the 12th person in said group. Francisco joins the group which consists of: Juan Arza, José María Busto, Marcelo Campanal, Ignacio Achucarro, Antonio Valero, Paco Gallego, Enrique Lora, Curro Sanjosé, Antonio Álvarez, Enrique Montero and Pablo Blanco. This award is the highest distinction that the club can give to ex-players.

Born in Osuna on the 1st November 1962, Francisco López Alfaro started out his life in football in Altair and became a midfielder who oozed class and elegance, for the Nervión side. He played in the First Division for 16 seasons, between 1981 and 1997. Over this period, he played for only two different clubs: Sevilla FC, where he played for nine seasons; and RCD Espanyol, where he played for the remaining seven. Francisco made 302 appearances for Sevilla FC: 258 in La Liga, 30 in the Copa del Rey, 8 in the UEFA Cup (now the UEFA Europa League), and 6 in the League Cup. Overall, he racked up 118 victories, 80 draws and 104 defeats; and scored a total of 28 goals. Francisco left the spectators in awe with his performances on the pitch, until the point where there were a dedicated group of fans, who declared themselves as 'francisquistas'.

He played 302 games for Sevilla FC, with Manolo Cardo handing him is debut in La Romareda

Francisco López Alfaro's debut for Sevilla FC in the First Division would go down in history. On the week which ended on the 13th December 1981, Manolo Cardo would take over the reigns of the Nervión outfit from Miguel Muñoz, after the team's defeat to Hércules at the Ramón Sánchez-Pizjuán. The man from Coria del Río, who up until that point was the manager of Sevilla Atlético, took charge of the team as they headed up north to Zaragoza. With him, he brought a young Francisco, whom he started in the match - one which Sevilla would win by 4-1 away from home, with all four goals coming from Pintinho. The special double-team of López-Alfaro and Cardo would go on to achieve qualification for the UEFA Cup in two consecutive seasons for Sevilla FC; a feat that wasn't repeated in the club's era until the arrival of Joaquín Caparrós.

Francisco played for Spain in the 1984 European Championship, and in the 1986 World Cup

Due to his impressive performances in the Sevilla FC shirt, it was only a matter of time before Francisco would represent his country. Curiously, it was ex-Sevilla FC manager, Miguel Muñoz, who gave him his debut for the Spanish national side. The centre-midfielder would make his international debut for Spain in La Rosaleda against Iceland, in a qualifying match for the 1984 European Championship. He came on in the second half for Gordillo, as Spain would run out 1-0 winners. Francisco would go on to represent his country on 20 occasions, and took part in both the 1984 European Championship, where Spain would reach the final against France; and the 1986 World Cup in Mexico. In fact, until a certain Jesús Navas, Francisco would be the Sevilla FC player who had represented Spain the most times.

Francisco is currently involved in the sporting set-up at Sevilla FC; more precisely, in the coaching side of things. He began his career as a coach during the 2000/01 season at CD Coria; and after stints at Real Jaén, CF Extremadura, UE Figueres, CD Numancia, CF Badalona and Atlético Baleares, he became coach of Sevilla C during the 2009/10 season.