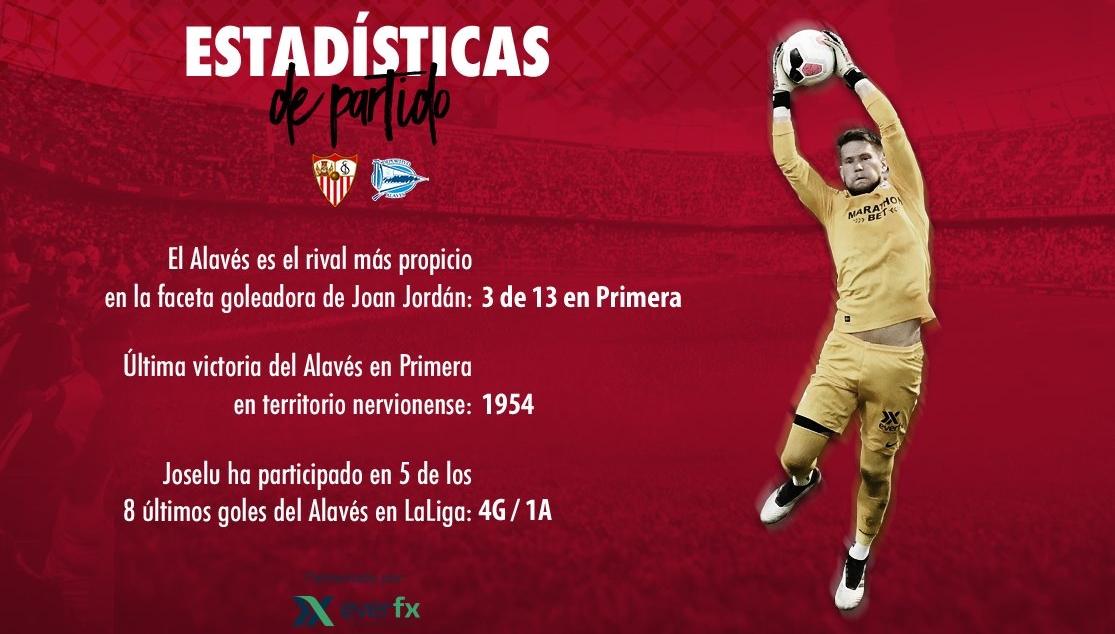 TIME TO PUT THE CUP BEHIND US

Sevilla FC host Deportivo Alavés in a must win game for two reasons: to keep up the fight in the league for Champions League spots, and to put the shock cup defeat behind us

After the shock defeat in the cup midweek, Sevilla FC are left with no choice but to look forward and move on to the next game. They are still left with two extremely important competitions, where they will have to give their all, and a new road starts today. It is a necessity for Sevilla FC to capture all three points in a game, which will take place in the Ramón Sánchez-Pizjuán, where there are two main objectives. Firstly, they need to keep the distance between them and the chasing pack for the Champions League spots. Secondly, they need to put Thursday night's horror show in Miranda de Ebro behind them.

After the last two games in Nervión ending in wins: the Copa del Rey fixture against Levante UD and against Granada CF in La Liga; it is now time to continue to make their own turf a fortress again, against a side who have historically found it difficult here. In fact, you'd have to take yourself back to 1954 if you wanted to find the last time Deportivo Alavés won here in the top flight. As for the away side, they come into the fixture missing key players: neither Rodrigo Ely, Aleix Vidal nor Lucas Pérez will be involved in the match.

Alavés last won here in the top flight in 1954

Atlético de Madrid's defeat in the derby against Real Madrid, has kept them back a bit in fifth position, which makes this evening's game against the Basque side all the more important for the European spots. For the home side, the only notable absentee is Bono, as Carriço was back in training with the rest of the squad and could feature in the Matchday squad itself. Moreover, the Brazilian, Diego Carlos, will also miss out on tonight's match after picking up his fifth yellow card last weekend.

Suso could feature for the first time this evening

Carriço might not be the only new face in the squad with respect to the last couple of matches, as new signing Suso, who has only had two training sessions with his new teammates, could feature in the matchday squad. Someone who definitely won't be involved in our last outgoing of this January window. That man is Bryan Gil, who in search of valuable game time and experience, moved on loan to CD Leganés until the end of the season. Here, he will join up again with Roque Mesa and Amadou.

The referee in charge of tonight's match is Carlos del Cerro Grande. Both teams have had run-ins with said referee already this season. The away side had him whenever they won 2-0 at the Mendizorroza against Mallorca; whilst he took charge of Sevilla FC's match at home to RC Celta, which ended in a 1-1 draw.