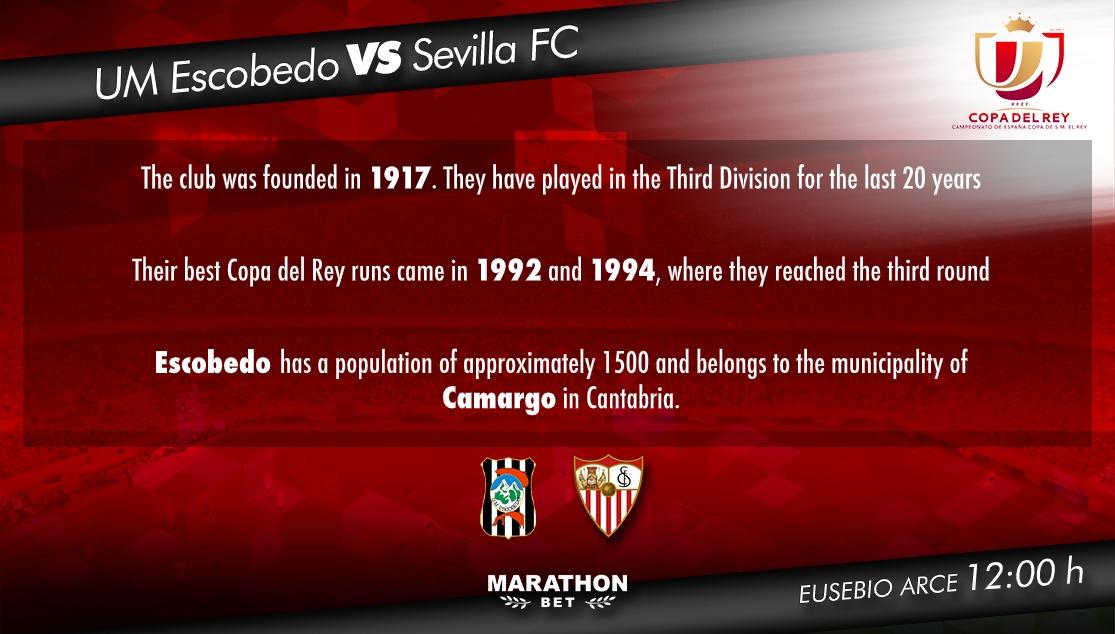 After a different week, this week sees a very different Sunday. Unlike cups in other countries, the Copa del Rey has traditionally been a midweek tournament, apart from a trial a few years ago. It is also quite unusual for the cup to take up most of the attention in a week. However, as there is no clash with the kick-off time of the final of the Spanish Super Cup, another tournament with a new format, all eyes are firmly on the Copa.

There are no league matches in the First Division nor the Second Division, while the remaining sides from the Second Division B and Third Division have postponed their league matches. This looks to ensure that there are as few interferences as possible with the tournament, which now wants to be a cup with surprises. One of the sides which pulled off a shock in the last round was Unión Montañesa Escobedo, our opponents tomorrow. The club has 103 years of history, but tomorrow's match will be one of the biggest days in their history.

Their first round win was also a big day, as they were able to beat Málaga CF without too many problems, who barely had any chances all game, in front of a crowd at the Eusebio Arce who could barely believe their eyes. Every lower league side dreams of a miracle, and Escobedo made that dream a reality. The Cantabrian side held off Málaga but are now hoping to pull off an even bigger shock against five-time winners Sevilla.

Lopetegui warned that tomorrow's match will not be an easy one, not just because of the opponents or the circumstances, and he wants the side to be able to "be excited" at the prospect of competing in such different circumstances. Weekly training was carried out on an artificial surface at the training ground, in order to get the side ready for the playing surface at Escobedo. Also, they will have to play on a very small pitch in Cantabria, due to RFEF regulations regarding the distance between the stands and the pitch, which will make the tie even more difficult.

It will be Sevilla FC's fourth visit to Cantabria in the cup. The other three matches were against Racing Santander

Escobedo's best cup runs came on two occasions in the early 90s, reaching the third round. In 1991/92, they beat Laredo and Selaya, both from Cantabria, but, interestingly, were beaten by CD Málaga. Two seasons later, after beating CD Comillas, another side from Cantabria, in the second round, they were beaten by UE Lleida. They did not play again in the cup until 2005/06, when they were beaten by Real Oviedo in the preliminary round. Their win against Málaga was their first cup win against a team from outside of their province, so they will be looking to pick up a second win on Sunday.

Sevilla will be hoping to avoid that as they visit Cantabria for their fourth cup match there. All three previous encounters came against Racing de Santander. There were two defeats there in 72/73 and 78/79, losing 1-0 and 2-1 respectively, but Sevilla turned both ties around at home. The opposite happened in 2013/14; Sevilla won 1-0 in Santander but lost 2-0 at home to Racing, who were in the Second Division B at the time. The referee will be César Soto Grado, from Rioja.