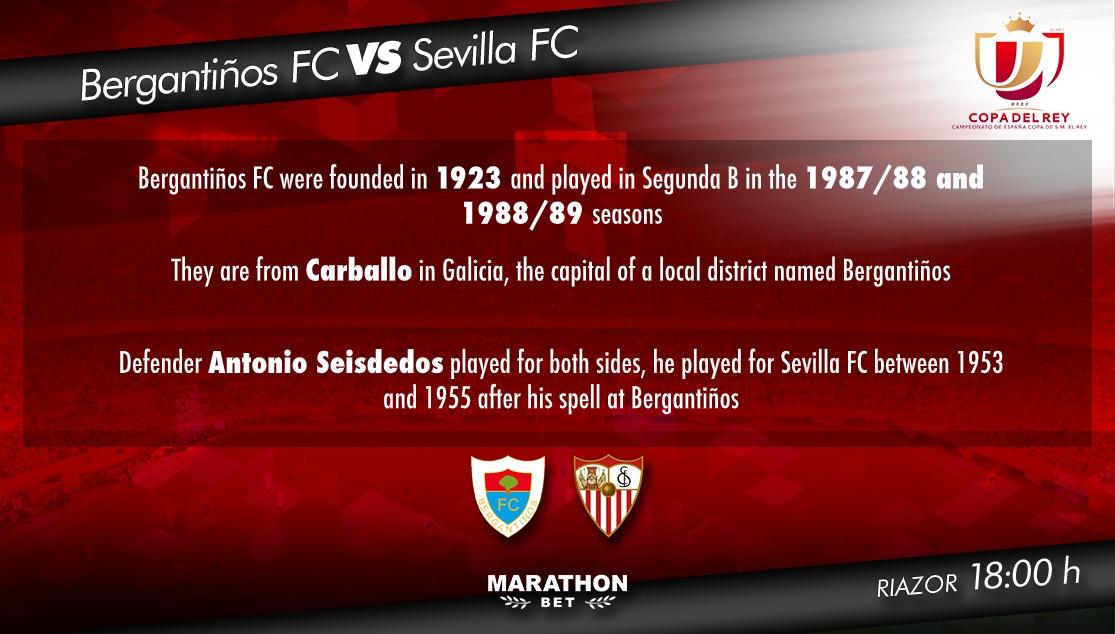 RIAZOR, SCENE OF THE OPENING MATCH OF THE NEW-LOOK COPA DEL REY

Sevilla FC face a struggling Third Division (fourth tier) side in their cup opener, but with the inevitable uncertainty of playing just one match

Plenty of fans demanded a more exciting Copa del Rey, and without a doubt the new format offers exactly that. Sevilla FC have their first game in the new-look cup, where two-legged matches are no longer (apart from the semi-final) - all matches are settled on the night - and the team face a trip to La Coruña. After days of uncertainty and controversy about where the match would be played, Deportivo allowed the match to be played at the Riazor. It is Sevilla's first match there since April 2018, a goalless draw at the tail-end of the 2017/18 season. Things are very different now, not least Dépor's current struggles in the second division, but also the Nervionenses' reasons for returning.

RFEF regulations meant that the match could not be hosted at As Eiroas, meaning that Bergantiños FC will face Sevilla FC for the first time in the capital of their province, although a large number of coaches will ferry their fans from Carballo to the Riazor, a journey of just 36 kilometres (22 miles). Despite the fact that they were founded 96 years ago, this is one of the biggest days in the history of Bergantiños FC, a side whose biggest achievement was twice competing in Segunda B (third tier) at the end of the 80s. Last season, they came close to adding to those two seasons. They progressed to the promotion play-offs after finishing second in their group, and beat Covadonga from Asturias in the first round, but fell in the second round against Villarubia from Castilla-La Mancha, who ended up winning promotion and travel to Sevilla this weekend to face Sevilla Atlético.

The tables have turned for the worse for the side from Carballo this season. Just a few weeks ago they sat in the relegation zone, but currently they are just three points clear of it. They were unable to win this weekend, as they drew 0-0 away to UD Paiosaco. It's a strange run of form for a side who were backed to challenge for promotion, and just a month ago Borja Facal, who retired just a year ago and was in charge of Bergantiños U18 B, took charge of the side. It is now time for the Galicians to put their league recovery on hold and go into the cup match with huge excitement, not just the squad but the whole town.

In November, ex-player Borja Facal became manager. He only retired at the end of last season

Although the opposition appear weaker, Julen Lopetegui is taking no chances in the new Copa del Rey. Unlike his squad selections for some of the European matches, he has taken a strong squad to La Coruña. In fact, of the 20 players, only Pepe Mena is a Sevilla Atlético player. It may be true that some of the key first-teamers such Diego Carlos, Jesús Navas and Fernando have not travelled, but Lopetegui has confirmed that the starting XI at the Riazor will be a recognisable side. Ocampos has now served his suspension and is in the squad. Nolito is yet to recover from his knock and is the only player who was obliged to miss the trip.

After 25 cup matches on Tuesday, the match at Riazor will be one of the first matches on Wednesday. Pablo González Fuertes from Asturias will be the referee. There is no VAR for the match - VAR will only be used from the Round of 16 onwards.