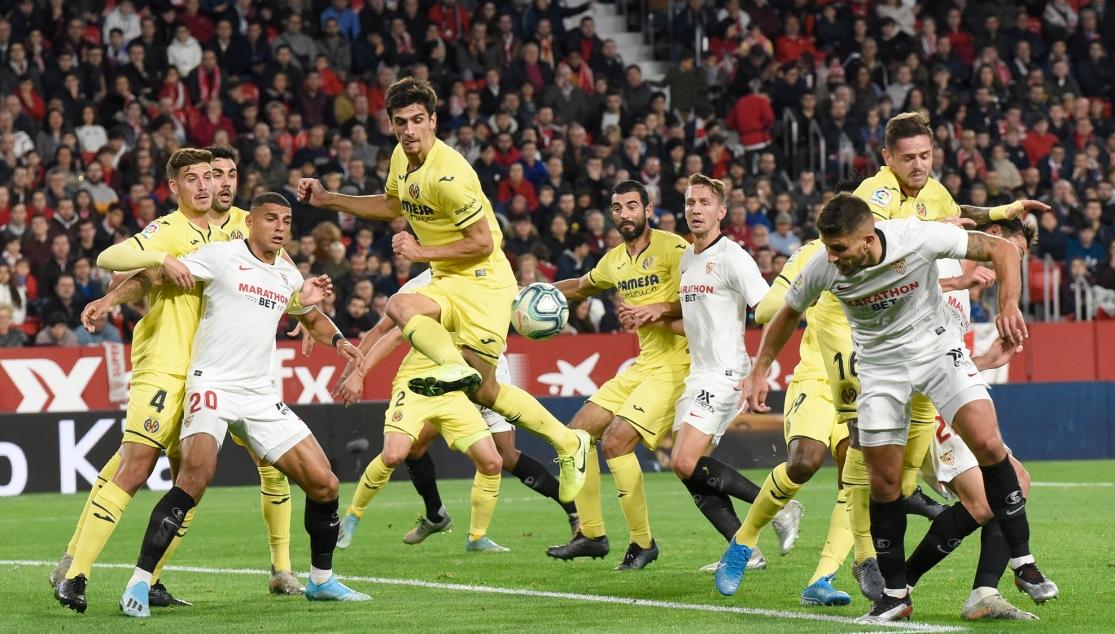 1-2: SEVILLA FALL TO DEFEAT AT HOME TO VILLARREAL CF

After equalising early in the second half, Sevilla couldn't push on and instead conceded a second to lose at home for only the second time this season

Football is a cruel game. After going two and a half months without a defeat, Sevilla have now been beaten twice in the space of four days after their defeat in the Europa League on Thursday night. With the defence sleeping at the back from a corner early on, Albiol was able to give the away side the lead. Munir then levelled the scoring after a great pass from Reguilón. However, Villarreal, who hadn't won in their last six league games, took the lead once again through Ekambi, something to which Sevilla didn't have an answer.

Sevilla were looking shaky from the off, and it was Villarreal who came out of the blocks the quickest and with very little of the game played, they found themselves troubling Vaclík. Gerard Moreno, after great individual play, and Quintillà could have opened the scoring, whilst Munir also had an opportunity to score the first goal. Villarreal were on top, but there was nothing to suggest that the scoring would begin so soon. After a corner was whipped in, it clipped of De Jong and the ball fell kindly to Raúl Albiol at the back post, who tapped in to make it 0-1. It was a hammer blow for Sevilla who looked to react immediately. And, although it wasn't immediate, it didn't take long for Sevilla to take control of the game.

Villarreal nearly went two goals to the good when a long shot from Moi Gómez whistled past Vaclík's post, but the team dominating at this stage in the game was now the home side. Perhaps, the best opportunity of the half fell to Banega after he struck a fierce shot from about 20 yards out, whenever most people were expecting a cross. Asenjo was equal to it and pushed it round for a corner. As always, Sevilla looked threatening down the wings and put in an enormous amount of crosses. Both Navas and Reguilón were looking for De Jong in the middle, but he didn't have any luck getting on the end of any of their crosses.

Sevilla were going to respond in the second half, but Villarreal stuck faithfully to their plan in the opening stages of the half. Calleja's side came out looking to break at speed whenever Lopetegui's men made a mistake. Reguilón had the crowd on their feet when he went for goal, but his shot grazed the post before going wide. Just a couple of minutes later, Gerard Moreno went clean through on goal, but his effort was straight at Vaclík. Lopetegui made his first change by taking off De Jong for Chicharito, which changed the game.

With the equaliser and the change in personnel, the game looked as if it was heading Sevilla's way

The numerous unsuccessful crosses into the box were no more, as Sevilla began to pass the ball along the deck. The game changed when Munir moved into a more central role. Not long after, he took full advantage of a ball from Reguilón, as he ran on to the left-back's pass and fired a lovely strike past Asenjo. It was a huge effort from Sevilla to draw level, and with half an hour still left to play, there was real optimism. However, after all the side had done to level the scores, a defensive error brought Sevilla crashing back down to earth. Villarreal came forward and Trigueros played in Ekambi, who had just entered the field of play, for an easy tap-in at the far post which sent the away side back in front.

Lopetegui brought on Jordán and Dabbur for Banega and Óliver, but Sevilla were unable to forge any chances and lost their first match at home since the loss to Real Madrid three months ago. The chasing pack have gained ground on Sevilla, and now it's time for two fixtures in a matter of days before the Christmas break. On Wednesday, Sevilla will play in the new Copa del Rey format for the first time with an away trip to Bergantiños FC at the Riazor; before rounding off 2019 on Saturday against RCD Mallorca at Son Moix.