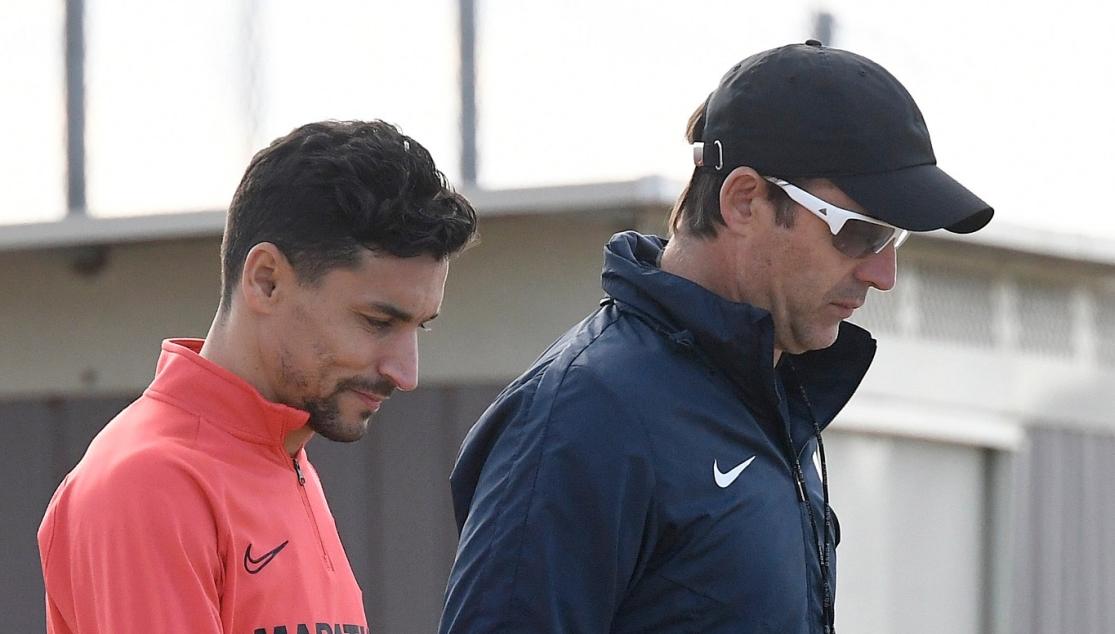 There was some good news for Julen Lopetegui this Wednesday morning, as he had both Jesús Navas and Diego Carlos back in training as normal, after they spent their time during Tuesday evening's session in the gym, recovering from their respective knocks. The only one who is not back in full training with the group is Fernando, who continues his recovery from his own injury and is doing his own specific work.

Sergi Barjuán, a coach who is currently without a job after he recently spent some time in Chinese football, was present at today's session. He has know Julen Lopetegui since they spent time together at FC Barcelona between 1994 and 1997, at the stage when they were both footballers.

The squad will return to training tomorrow morning, at 10.30. This will also be the time for the training sessions on both Friday and Saturday. After the training on Saturday morning, the pre-match press conference will take place and then in the afternoon, the team will depart for Navarra.