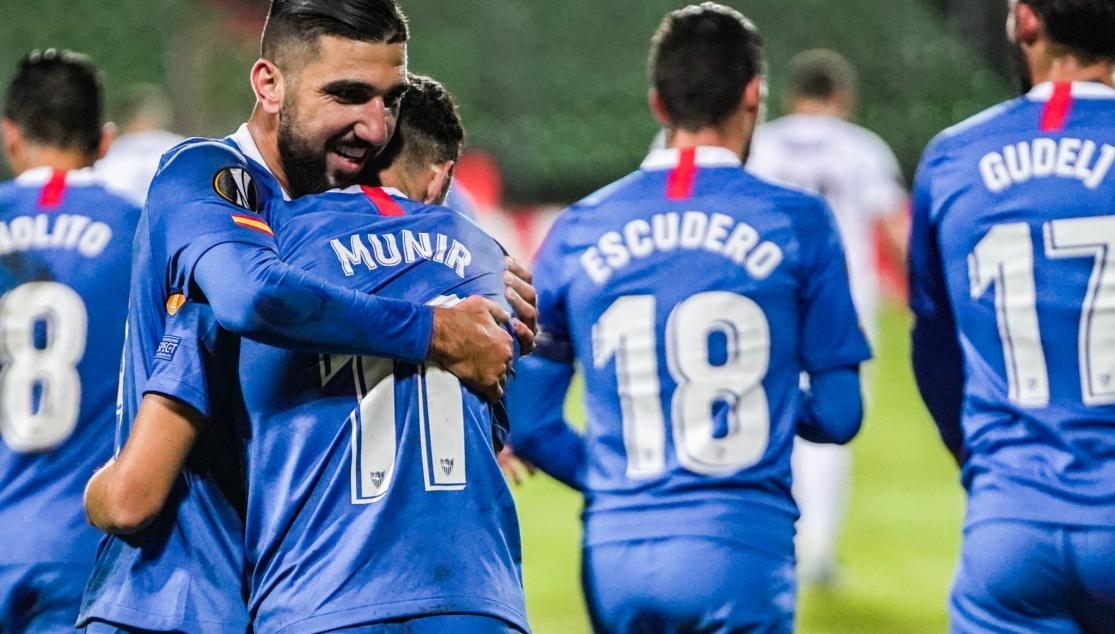 2-5: SEVILLA FC DOMINATE IN LUXEMBOURG AND SECURE THEIR PASSAGE TO THE UEL KNOCKOUT STAGES

Sevilla FC have now won all four of their group stage games in this year's UEFA Europa League and, on top of that, have now secured their passage through to the knockout stages as group winners. The team dominated for the vast majority of the game, although they did seem to take their foot off the gas as the game grew old, something which led to the hosts grabbing two consolation goals late in the game.

From the off, Sevilla looked to be in control. After a few passes and phases of play to try and get used to the poor pitch, Lopetegui's men started to find their rhythm and started to create chances and test Joubert in the Dudelange goal.

Dabbur and Munir put the game to bed in the first half, with a brace each

In the first half, the first two goals, one each for Dabbur and Munir, came after some good teamwork and interchanges, especially with the help of Rony Lopes and Nolito. First, it was the Israeli who would benefit from a ball squared across the goal from Lopes; and then next, it was Munir's turn to get on the scoresheet as Nolito provided the assist. With only 27 minutes played, Sevilla were already showing their dominance.

Not long after, Munir grabbed his second of the game by bending a free-kick into the 'keeper's side of the goal from just outside the area. Next, not long after the game had restarted from Munir's goal, it was Dabbur's turn to grab his brace as after he had flicked a lovely ball round the corner to Nolito, Nolito returned the favour by playing Dabbur through in the same move and the Israeli made no mistake from inside the area. With the scoreline at 4-0 in Sevilla's favour, the teams headed down the tunnel when the half-time whistle blew.

Munir completed his hat-trick in the second half, before Sinani scored two consolation goals late on for Dudelange

The second half began with both sides making some changes. On of these for Sevilla, De Jong, nearly had the fifth goal of the match as he was found by a lovely pass from Munir. However, the Dutchman's effort was well saved by the opposing goalkeeper. The fifth did eventually come and it was Munir who completed his hat-trick: he received a great through-ball from Dabbur and delightfully clipped the ball over the on-rushing 'keeper to make sure he went home with the match ball. Not long after, Dudelange pulled a goal back through Sinani, who then went on to grab his second some minutes later. The game petered out after this and the full-time score ended as 5-2 in Sevilla's favour.

With this result, and the result of the other game in the group tonight between APOEL and Qarabag, Sevilla have now mathematically qualified for the knockout stages of the Europa League, as winners of Group A, with two games to spare. Now, the team will turn its attentions to Sunday's match in La Liga away to Real Betis. This game will kick off at 21.00.