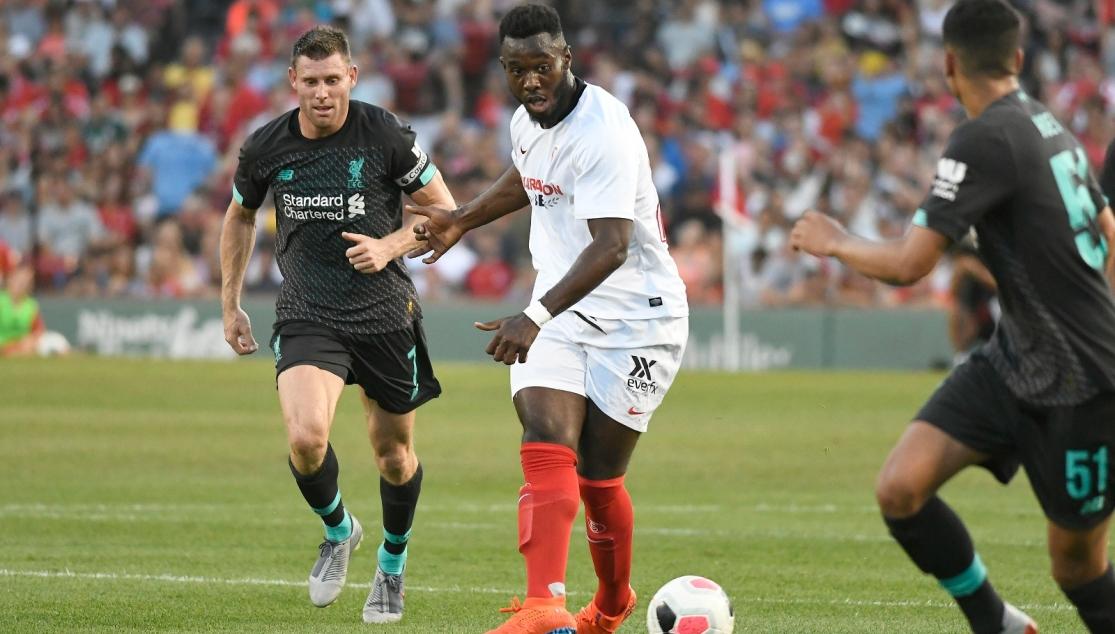 French defender Joris Gnagnon has apologised publicly for his tackle on Yasser Larouci, making a statement on his Twitter after apologising in person to his compatriot, following the Club's match with Liverpool last night.

The defender described the tackle as a "heinous act" - forcing Larouci to leave the field on a stretcher - "that should not be seen on a football field for any reason". For the same reason, Gnagnon also apologised to "Liverpool, the family of the player and all the fans". "All my prayers are with the player and the family", he finished.

Gnagnon was shown a straight red card 15 minutes from the final whistle in Sevilla's clash with Liverpool at Fenway Park.