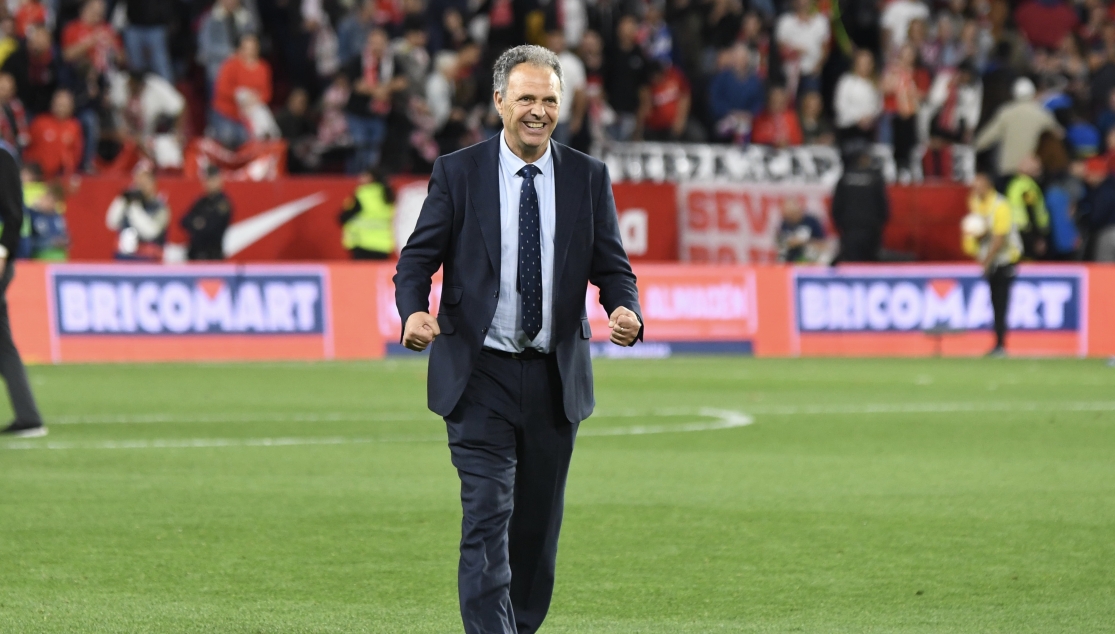 22 POINTS FROM 27, CAPARRÓS' IMPRESSIVE RETURN IN CHARGE OF SEVILLA FC

In nine matches, including last season, Caparrós has managed seven wins, one draw and only one defeat

They speak for themselves. Joaquín Caparrós' incredible stats as Sevilla FC's manager keep getting better. With Saturday's win against Betis in the derby, Caparrós has now managed nine matches, including four last season, recording some very impressive stats. 22 points from 27, seven wins, one draw and only one defeat.

Caparrós took charge of Sevilla last season at a critical time after Vincenzo Montella left the club after losing 2-1 against Levante on matchday 35, with Sevilla's fight for the European places in jeopardy.

Last season, Caparrós won 10 points from 12, getting Sevilla into the Europa League with a match to spare in La Liga

Caparrós did not only manage to lift the morale of a squad that had been affected by the bad run, he also managed to get Sevilla into the Europa League with a match to spare. The 1-0 win against Real Sociedad, the 3-2 win against Real Madrid and the 2-2 draw in the Benito Villamarín secured seventh place for Sevilla, before a 1-0 win at the Ramón Sánchez-Pizjuán against Deportivo Alavés rounded off the season.

This season, after taking over from Pablo Machín, Caparrós has put Sevilla FC back on track. With the only blot being the defeat against Valencia, Sevilla have won the other four games against Espanyol, Alavés, Valladolid and Betis, picking up 12 points which have returned the team to the Champions League places.

With six matches to go, Sevilla FC have got back into the Champions League after winning 12 points from 15 under Caparrós

Getafe, Rayo Vallecano, Girona, Leganés, Atlético Madrid and Athletic Club, three away and three at home, are the remaining matches in this season, with the fight for fourth place more alive than ever after Joaquín Caparrós' return to the bench.