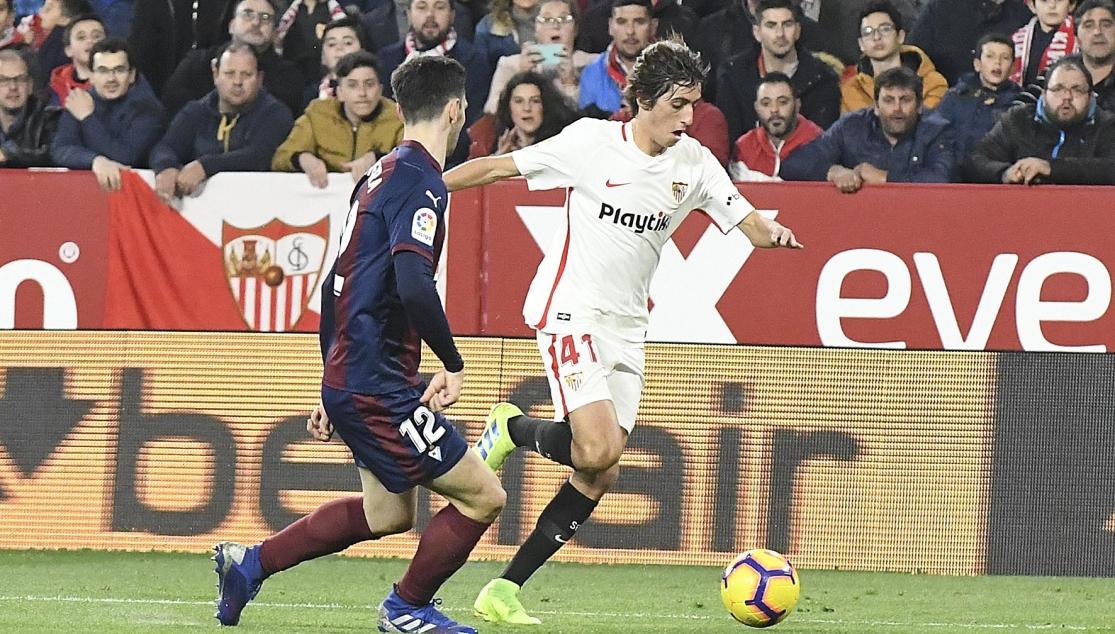 BRYAN WILL NOT TRAVEL WITH THE SPANISH U19 SIDE

He had been called up for the two friendlies this week

Sevilla FC's academy player, Bryan Gil, who had been called up by the Spanish U19 side for their two friendlies this week on 12 and 14 February against Azerbaijan and Scotland respectively, will not travel with the team and will instead remain with Sevilla's first team squad.

Sevilla FC had requested to the RFEF for the player to remain with his club side so that he could play in the upcoming matches, notably Thursday's match against Lazio.