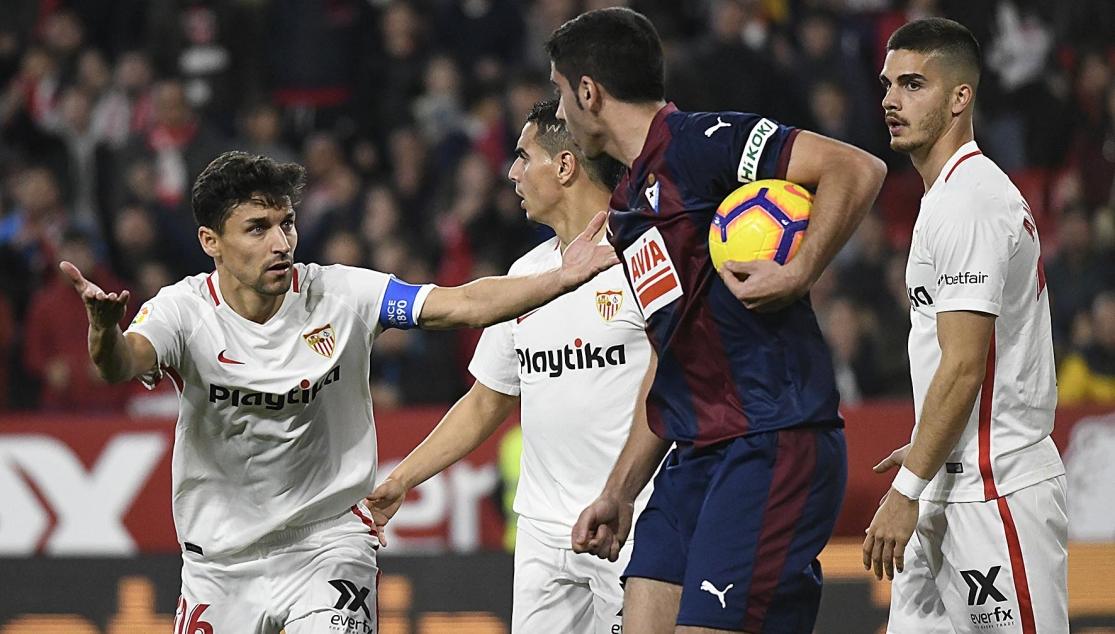 JESÚS NAVAS: 'THE TEAM SHOWED A GOOD ATTITUDE TO GET THE POINT'

Jesús Navas attended the media after Sunday's draw against SD Eibar in Nervión. He stated 'the team gave it their all to get something out of the game and we even had chances to win.' Furthermore, he said 'after making it 2-1 the team stepped up a level.'

He challenged the team to keep up this level they showed at the end of the game: 'Eibar defended well and it was tough but we have to keep going. The game was really tough but the team showed a good attitude to get a point out of it.'

To finish, the winger spoke about his return to the pitch after an injury that had kept him from it for a while: 'I'm really excited to be back. I had a bit of pain but I wanted to help the team.'