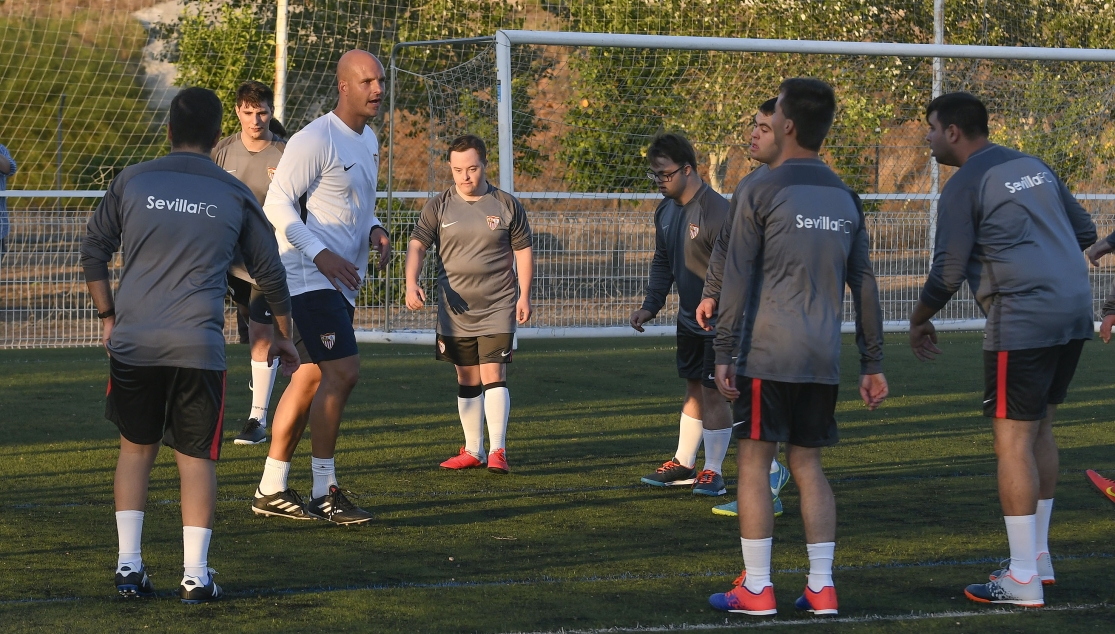 AN INTENSE DEBUT WEEKEND IN LALIGA GENUINE IN TARRAGONA

Sevilla FC, lead by Kepa Blanco, will make their debut in the competition with matches against Real Valladolid, CF Reus and Córdoba CF

LaLiga Genuine Santander will return this weekend, kicking off the second edition of the competition. A tournament that includes no less than twelve new teams, increasing the number of participating teams to 30, out of the 42 clubs that make up La Liga. One of those newcomers are Sevilla FC, who, through their Foundation, have put together a squad that will try to follow in RCD Espanyol's footsteps by winning the competition.

However, as their coach Kepa Blanco says, that is by no means the main objective, as much as the competitive gene might be present in each and every Sevillista. Kepa himself acknowledged this on SFC Radio this Wednesday: 'It takes some time for them to acquire a certain tactical sense and that's normal, but the coaching staff are here for that. We're going to try to compete, although that's not the main objective. The important thing is that they have a good time and show that team spirit.' Sevilla's former academy graduate continued by saying: 'it's gratifying for me to see them train with such enthusiasm. It's a unique environment and I feel privileged.'

And even if the competitiveness is to take a backseat in this tournament, it must be mentioned that Sevilla will have a total of three matches this weekend in Tarragona, where they will contest the first phase. They will start by facing Real Valladolid at 10:00 CET and they will face CF Reus in the afternoon from 17:00 CET to end the day. They will conclude these two intense days by playing Córdoba CF on Sunday at 11:00 CET.  With these three fixtures, the league table will begin to take shape in anticipation for the second phase in 2019, which will be divided between Córdoba (18 to 20 January) and La Coruña (2 to 3 February).