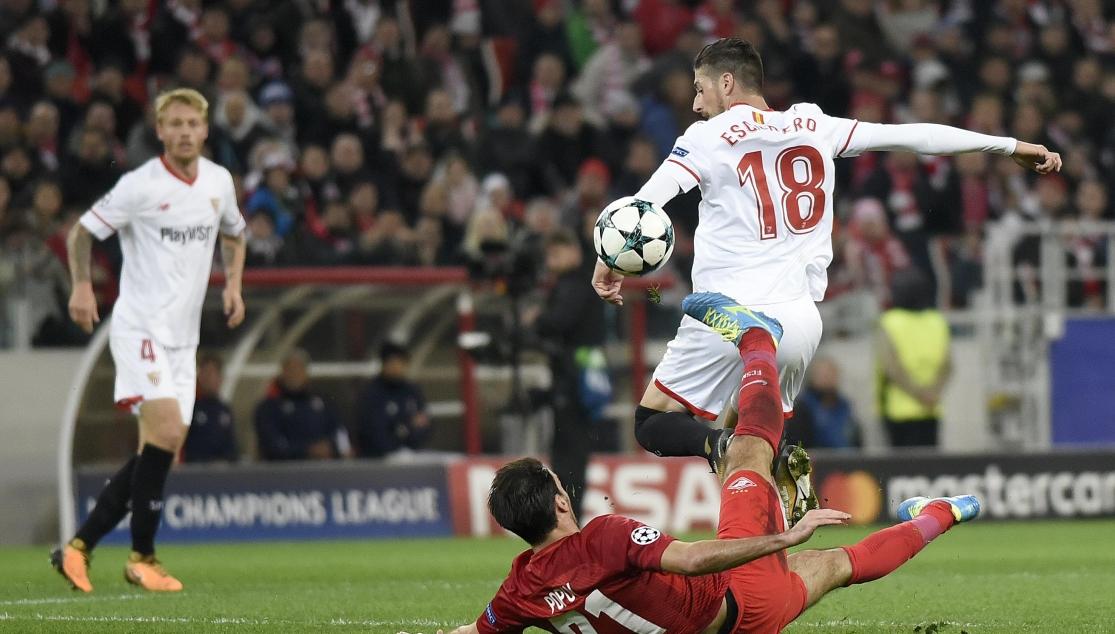 5-1: INCISION THE DIFFERENCE IN MOSCOW

An all too painful defeat. Sevilla FC's first in the Champions League this season. The Nervionenses had control at the start of the second half but fell to two Russian counter-attacks and a final kick in the teeth. Kjaer's equalising goal on half an hour proved only a consolation on a night to forget in Russia

Sevilla FC suffered their first European loss of the season tonight, in a match which saw the Andalucían side fail to find incision and saw the hosts find it in bucket-loads. After an even first-half - a goal apiece - the second started very well for Berizzo's side. All that was missing was the most important thing - a goal. The Russian side were able to find two on counter-attacks and finished the game off for good soon after.

Spartak made no attempts to hide their gameplan. Sevilla had most of the ball, with the hosts looking to win it back and counter quickly. Nolito and Sarabia sat deep in the opponent's half but were unable to link up with Ben Yedder in the first minutes. Meanwhile, the Russian side's gameplan worked all too well; not seconds after a corner for Sevilla, Spartak sent the ball forward with speed and after an unlucky stumble from Lenglet, the ball fell to Eschenko, who was able to find the head of Promes to make it 1-0 after just over quarter of an hour.

The Russians had the game where they wanted it and to defend it they imposed a rougher game than usual. Sevilla showed their quality, and a fantastic piece of play from Nolito nearly meant an equaliser for the Nervionenses. It would come five minutes later on half an hour. A Banega corner found the head of Kjaer, whose effort rebounded off the defense but was eventually volleyed in by the Danish centre-back. Nolito had a chance to make it 2-1 moments later, as did Krohn-Dehli, who made Selikhov stretch to keep Spartak level at half-time.

Though Melgarejo was the first to score after the break, it was Sevilla who were the dominant side initially. Camped in the Spartak area, Ben Yedder and Krohn-Dehli had chances to put the Nervionenses ahead. The Frenchman was faced with two defenders on the line and had 1-2 at his feet, but his failure to find the net would end up being the worst punishment possible for the visiting side. Nearly quarter of an hour later Spartak made it 2-1 with a Melgarejo shot that Sergio Rico could never have reached.

Sevilla's possession lessened and Spartak found their game and secured the win with their fearsome counter-attacks. Glushakov and Luiz Adriano sent the fans into delirium with goals for the hosts and put the Russians right in the mix for qualification. Jesús Navas and Muriel came on to look for a reply but it was too late. If the score wasn't already painful enough, Promes rounded off the rout in the last minute to make it five for Spartak.

Carrera's side now sit second, level on points with Liverpool who won convincingly in Slovenia against Maribor. Sevilla will meet Spartak again in two weeks in what will be a must win match if the Nervionenses want to put themselves back in a qualification spot.