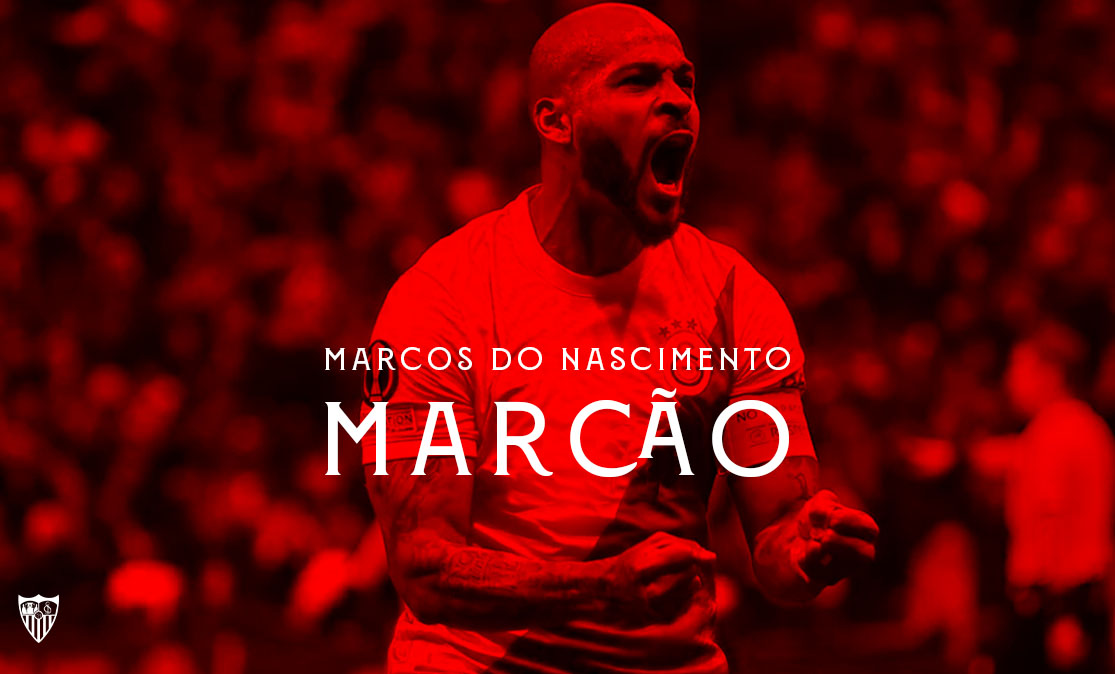 AGREEMENT IN PRINCIPLE WITH GALATASARAY SK FOR MARCÃO

Sevilla FC and Galatasaray AS have come to an agreement in principle for the transfer of Marcos do Nascimento Teixeira, Marcão, subject to the Brazilian passing his medical and signing his contract until 2027 upon meeting up with the team in Seoul.

Born in Londrina in the state of Paraná, the Brazilian just turned 26 in June. He went through the academy at Atlético Paranaense and, after a short loan to Avaí, with whom he made his debut, he returned to Atlético to play five games and score a goal in the Campeonato Paranaense. Unable to fix down a spot in the first team, he spent time out on loan at Guarantinguetá and Ferroviaria before returning to Atlético Paranaense in May 2016, playing 18 games and scoring a goal.

In June 2017 he would go out on loan to Atlético Goianense. That deal would only last a month before Rio Ave, from Portugal, arrived with an offer to loan him with an option to buy. In the Portuguese league, he would find the game time he had been needing, playing 20 times in the league, once in the Portuguese Cup and four matches in the League Cup. In the summer of 2018 he would sign for GD Chaves in Portugal, playing every minute in the first half of the season: 24 matches in which he scored three goals.

In the January transfer window of that year, he would sign for Galatasaray. That season he would play 15 games in the Süper Lig, four in the Turkish Cup and two in the Europa League. Marcao would win the double, winning the Turkish league and cup.

That summer, he would win his third and to date last trophy, lifting the Super Cup against Akishar. In the 19/20 season, that was interrupted by the pandemic, he played 28 league matches and four in the cup, as well as making his debut in the Champions League. He played all six games against Real Madrid, PSG and Club Brugge. The next season he would be even more important in the team, playing 37 league matches, two in the Turkish Cup and three in the Europa League. This season just finished, he contested 26 matches in the league and one in the cup.