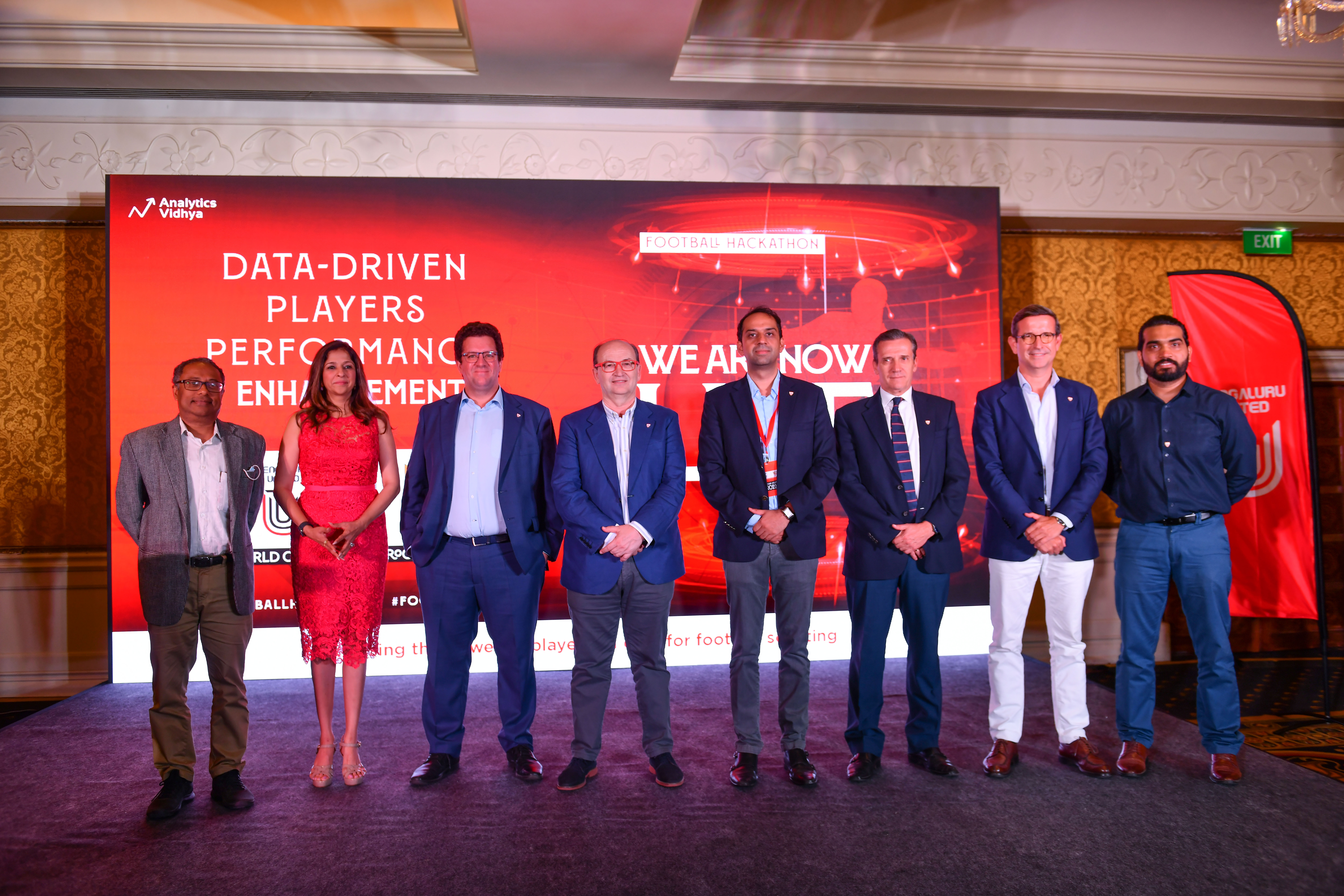 Alyal Samal and Ashis Kumar Parida, final-year B.Tech students at NIT Rourkela, Odisha have been declared the global winners in the ‘Football Hackathon– Data-Driven Players Performance Assessment’. In addition, the team formed by the graduated Andalusian engineers and mathematicians Alvaro Beltran, Sergio Cabezas, and Francisco Ruiz have obtained the highest score among the participants from Spain.

The hackathon, held in early June, was organised by Sevilla FC and FC Bengaluru United. A global-first initiative jointly hosted by two football clubs, the hackathon presented a unique opportunity to effectively use data science in the space of professional football scouting and player performance analysis. Sevilla FC together with FC Bengaluru United gave participants access to one of the largest proprietary scouting datasets in the world- physical, contextual, kinematical, technical, and tactical oriented data related to the players, team, and their opponents.

The three-day hackathon witnessed total traffic of 67,609; 4695 teams from across the globe

The hackathon's goal was to leverage this data as a strategic asset to create an algorithm to help break down, understand, and evaluate player performance with the ultimate goal of enhancing the quality of both the Sevilla FC and FC Bengaluru United squads. The online Hackathon was launched on the 10th of June in Bengaluru by the leadership team of Sevilla FC and FC Bengaluru United, during the Spanish club’s inaugural visit to India. The three-day hackathon witnessed total traffic of 67,609; 4695 teams from across the globe registered with maximum participation from India. Participants from Spain, Nigeria, USA, Britain, Germany, Canada, Indonesia, Bangladesh, Brazil, France and Kenya were also part of the competition. Living up to its sobriquet of the ‘Tech Capital of India’, Bengaluru had the highest participation from India, while seven Indian teams featured in the global top 10.

Expressing their excitement over winning the Hackathon, Ashis pursuing his biomedical engineering said, “Both Alyal and I are huge fans of football. And on top of that, it was a competition organized by FC Bengaluru United and Sevilla FC, both prominent football clubs. I strongly feel that this kind of collaboration between European football clubs and India will provide new global opportunities and tech challenges for experts in India and around the world. This will lead to the evolution of new ideas in this particular domain. And we all knew that when talent meets opportunities, great results are inevitable.” Talking about the uniqueness of this hackathon, Alyal, who is from the metallurgical and materials science department at NIT Rourkela added, “This hackathon was unique in that it had some constraints related to feature engineering within which we had to work, we also had several features to work upon with those constraints. We learned various new techniques to deal with this kind of problem statement.”

Adding to Gaurav’s views, Dr. Elías Zamora, Chief Data Officer, Sevilla FC stated: “The participants in the hackathon have developed machine learning algorithms that have helped us to gain a better insight in the key-factors that influence our scouts when they evaluate players from different positions. A well-defined spectrum of position-dependent contextual, physical, kinematical, and crucial actions explains to a certain extent the opinion of our football experts on the performance of a given players. The results obtained in the hackathon have truly fuelled the research line of our department oriented towards the identification of the fundamental performance components of football players. I really believe that the knowledge created during this event will have an impact on the squad conformation of Sevilla FC in the next seasons.”