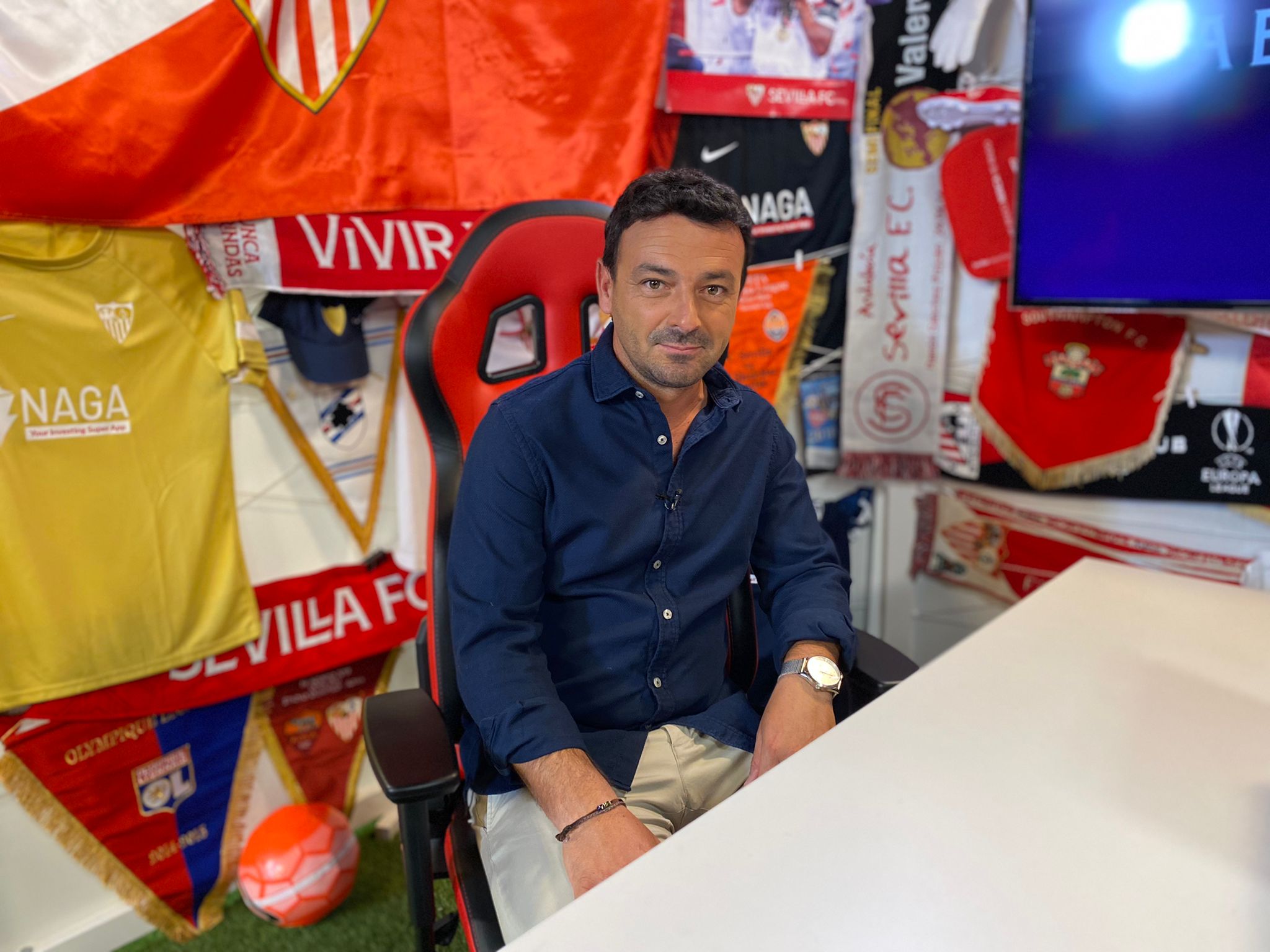 ACEJO: "WHENEVER WE HAVE NEEDED IT, THE FANS HAVE ALWAYS RESPONDED AND BACKED THE TEAM"

Entradilla
The Sevilla Atlético head coach was at the Sevilla FC Televisión studios to analyse this Saturday's final at home.

Alejandro Acejo was in the hotseat this Tuesday for Sevilla FC Television's, 'A balón Parado'. The Sevilla Atlético head coach spoke about Saturday's upcoming fixture against Linares Deportivo: "We have a final to play in our stadium, an important game for the history of the club. I am excited to go through it all with our fans and the boys. I like the training sessions being intense, equally during the games I always want to generate confidence into the players so that they're talking on the pitch and taking the bull by the horns."

The reserves team coach also touched on the difficulty of playing in such a high class league, also aware of what is at stake but also confident in his players' work: "The tightness of the table speaks volumes about the level of competition. The fact that there are five relegations leads to more goals, it's a very demanding league, it's great for the club and it would be important to get the victory to keep our league status also looking at the players development. We need to generate some calmness, we have a lot at stake but it is an experience you will have to get through. Our youngsters are used to fighting for titles and now we have to take that mindset into the game, come out with the mindset to enjoy ourselves and to have a good time, but making sure we are focused at the same time."

The Malaga-born coach, who highlighted the importance of keeping the legacies of Puerta and Reyes in mind for the game, discussed Saturday's opponents, but also aware of the essence of the Jesús Navas Stadium: "Linares Deportivo is a team that had a clear process, who was fighting for survival, they beat us before christmas and they ended up playing in the playoffs. They have earned that respect, but it's hard to beat us at our place and that is going to be our greatest weapon. Our aim is to try and please the fans." Acejo went on to talk more about the fans, calling on them to bring the atmosphere: "For the boys to feel supported on the pitch is noticeable. Whenever we have needed it, the fans have always responded perfectly and backed the team. We hope that it's a party for our boys at the end of the all."

"We have always felt what is the Sevilla FC family"

When discussing the team's backing, Acejo expressed his gratitude for Julen Lopetegui, who sent him a heartwarming message during the programme: "Lopetegui is a dear friend. It's admirable how he worries and how he wants to know of the boys' progress. To be able to work side by side with a Champions League standard manager is fantastic, we have a upfront relationship and when we need each other, we help each other out." In closing, as well as receiving heartfelt messages from youth academy co-ordinator, Agustín López, Acejo also highlighted the support from José Castro and the whole club: "The president is another dear friend. We have felt the backing and the support from him, from Monchi, from José María... they've been in the changing rooms in the most difficult moment, Luis has been travelling with us as well and we have felt what is the Sevilla FC family. When I arrived I knew that it was a huge club and that the fans gave it their all, but from inside the club and it's that bit more amazing."

It's important to remember that from Tuesday morning the ticket applications for the game had opened. Tickets are exclusively available for members through this link.