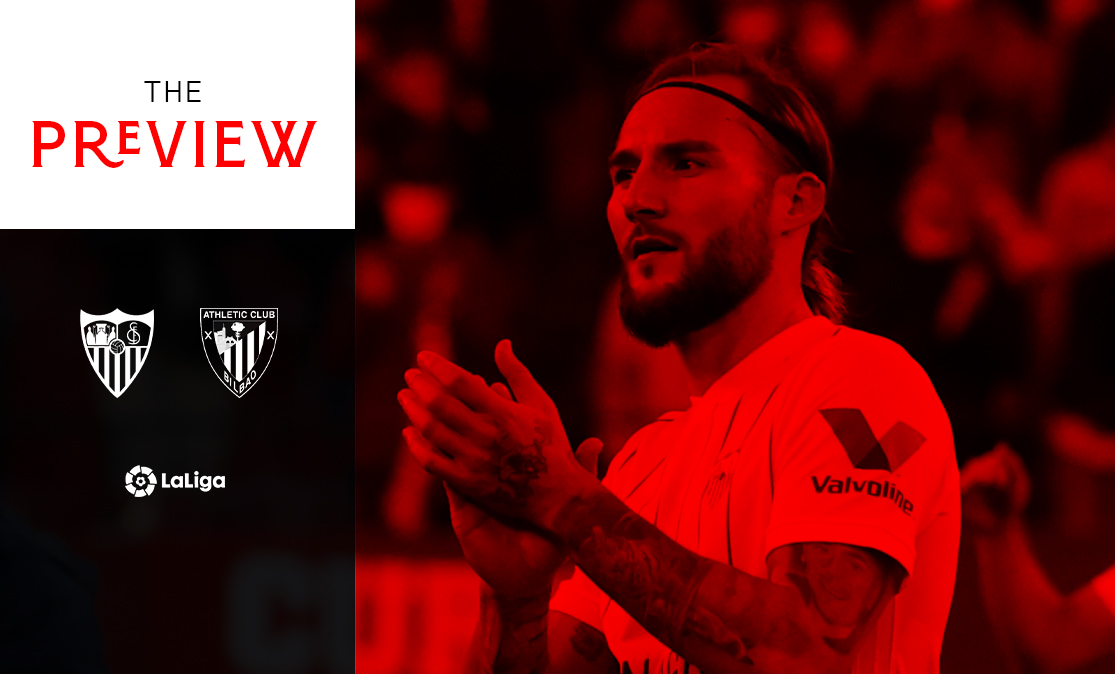 THE SEASON COMES TO AN END IN NERVIÓN

Entradilla
With Champions League qualification secured, Sevilla welcome Athletic looking for a win that could push them into third place
Cuerpo Superior

Fortunately, Champions League qualification isn't on the line tonight. Youssef En-Nesyri's late equaliser against Atlético Madrid secured that in our last match, the third year in a row we will be playing in Europe's top competition. However, the team still have something to play for in these last 90 minutes of the season, in addition to wanting to send the fans off in the best way possible. The team can still overtake Atlético and finish third, although Real Sociedad know that no matter what their result against Simeone's team they cannot overtake Real Betis in fifth place.

Moreover, we could see Bono become the first goalkeeper in Sevilla history to win the Zamora Trophy. He would win were he not to play, or if he concedes no more than one goal. Julen Lopetegui was giving no hints in his pre-match press conference and we will have to wait until the line-up to see what happens. The squad for the match sees only one change with Gudelj missing out through suspension and Lamela comes back in. While Fernando has returned to training, he won't be getting minutes in the last game of the season, alongside Martial and Suso.

Gudelj is suspended while Suso, Martial and Fernando miss out

Marcelino has brought the entire squad to Seville in what is certainly a final as they look to get into Europe. They are looking to become the first Spanish team to play in the UEFA Conference League and to do so they will need to better Villarreal's result against Barcelona. Sancet and Nico Williams are out injured, while Raúl García remains a doubt.