The Sevilla attack, which soon after would receive the nickname of Delantera Stuka, comfortably defeated a side playing their first cup final 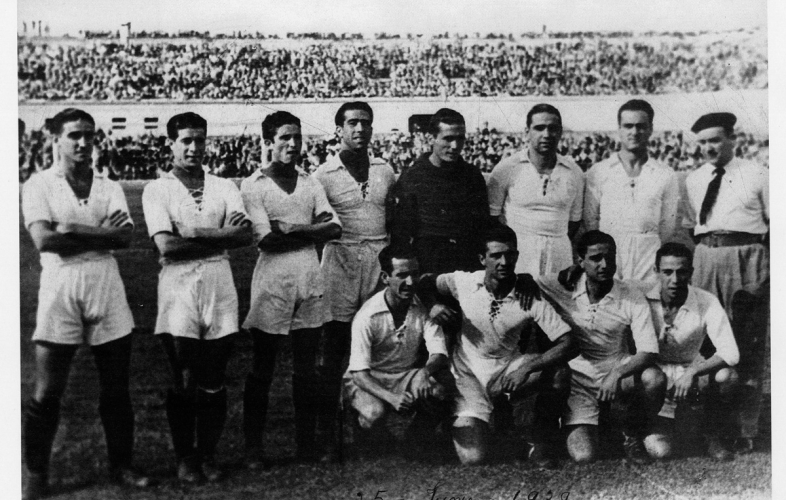 Sevilla went ahead after just 5 minutes thanks to a goal from Raimundo. A quarter of an hour later, Campanal, who had provided the pass for the first goal, made in 2-0, and he had the ball in the net again a minute later, but the referee incredibly ruled it out.

The nerves disappeared in the 27th minute, when Campanal made it 3-0 with a shot from distance. Nearly all those in attendance were Catalan since, with the war only having finished recently, travelling was difficult for both sets of supporters. But the crowd were being treated to an impressive performance from Sevilla.

It is said that this match was the first football game to be broadcast on radio in Spain. According to the information that we have, it was Radio Barcelona that transmitted the broadcast, although we do not know for certain whether this broadcast could be heard in Seville. Still in the first half, Raimundo and Torrontegui scored the fourth and the fifth respectively. 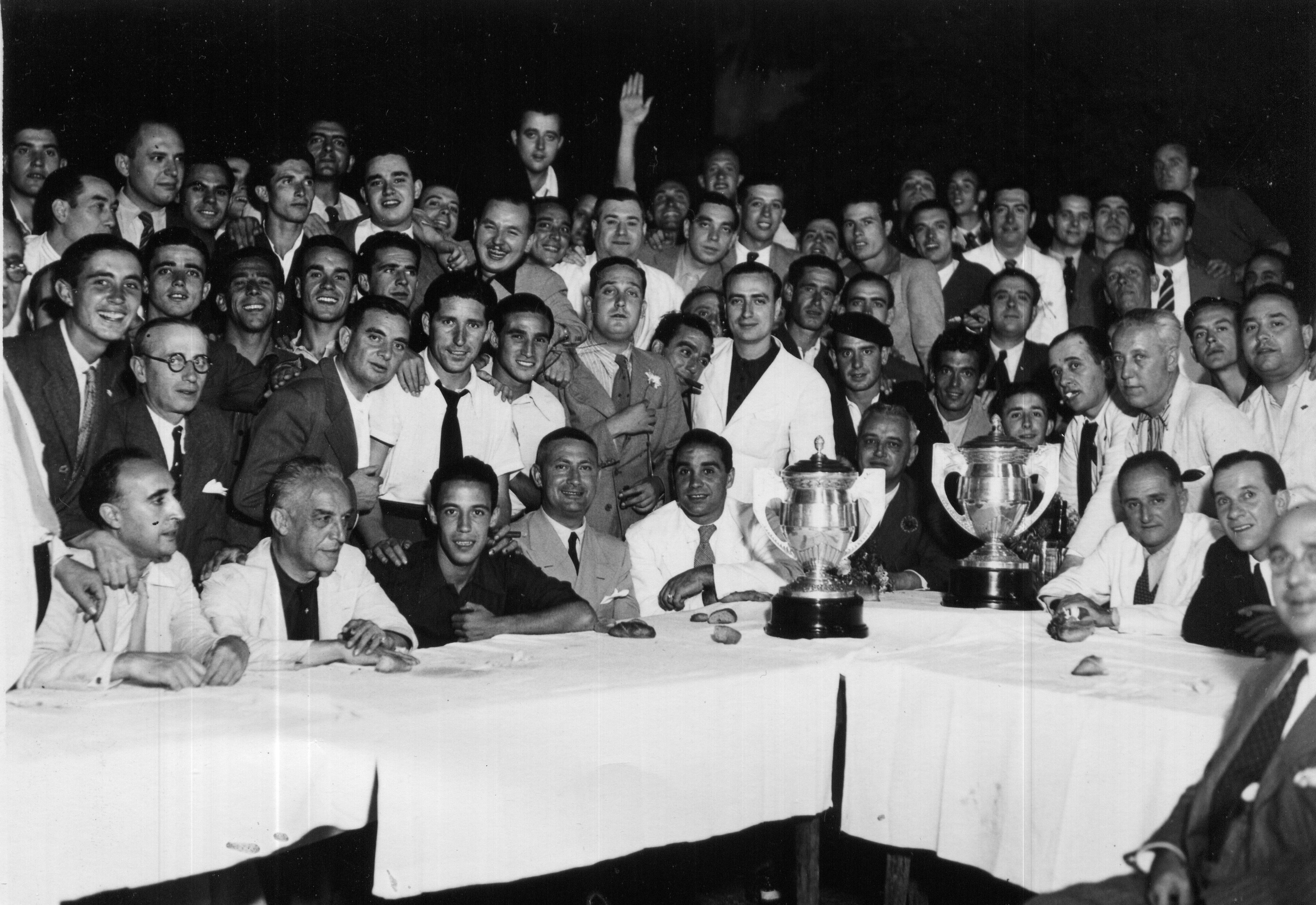 Sevilla came out for the second half slightly relaxed, and Ferrol regained some hope thanks to two goals from Silvosa. The Andalusians took back control of the match once again though, and in the 62nd minute, Campanal beat the goalkeeper Alberty to score the sixth, putting the result beyond all doubt. All they had to do was keep the ball and wait for the final whistle.

In the dressing room the president of Sevilla FC, Ramón Sánchez-Pizjuán, informed the players that they would each receive prize money of 500 pesetas at the start of next season. The players, eager to celebrate their victory, asked Sánchez-Pizjuán for a small advance for a meal at the Hotel Ritz in the Catalan capital where they were staying. The president granted the request, and General Moscardó was also invited.

Campanal scored 3 of the goals in the final

Sevilla arrived home to a hero’s welcome in their Belgian-made Minerva coach, which had been acquired by the club at the beginning of the decade and had already brought home two Spanish Cups. In Sevilla they were received by the mayor of the city, D. Torcuato Luca de Tena, and the captain of the side handed over the trophy.

GENERAL:: Spanish Cup Final 1938/39, played at the Estadio Montjuic (Barcelona) on 25 June 1939. The Sevilla FC coach had been acquired in the 1930s and had already brought home two Spanish Cups.