Two goals from Campanal and one from Bracero gave Sevilla the first national title in their history at the Estadio Chamartín in Madrid. 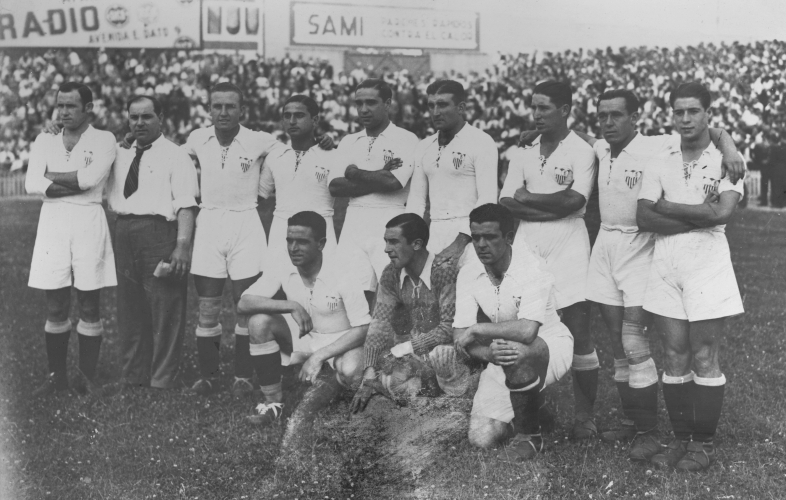 The final was played at Chamartín on Sunday 30 June 1935. The travel agencies in Sevilla were full of offers to attend the final against Sabadell. The return bus journey was available for 40 pesetas, and was to leave from the Plaza del Salvador. A return flight would cost 65 pesetas. Sevilla left from Plaza Nueva on the Friday, and on the Saturday night a train full of fans left the city. A poster was stuck up on the stadium informing the public that no tickets were available.

One ticket would let you watch both the amateur and professional finals, with Sevilla represented in both. The amateurs, managed by Pepe Brand, emerged victorious against Ciosvin de Vigo, whom they defeated by one goal to nil. 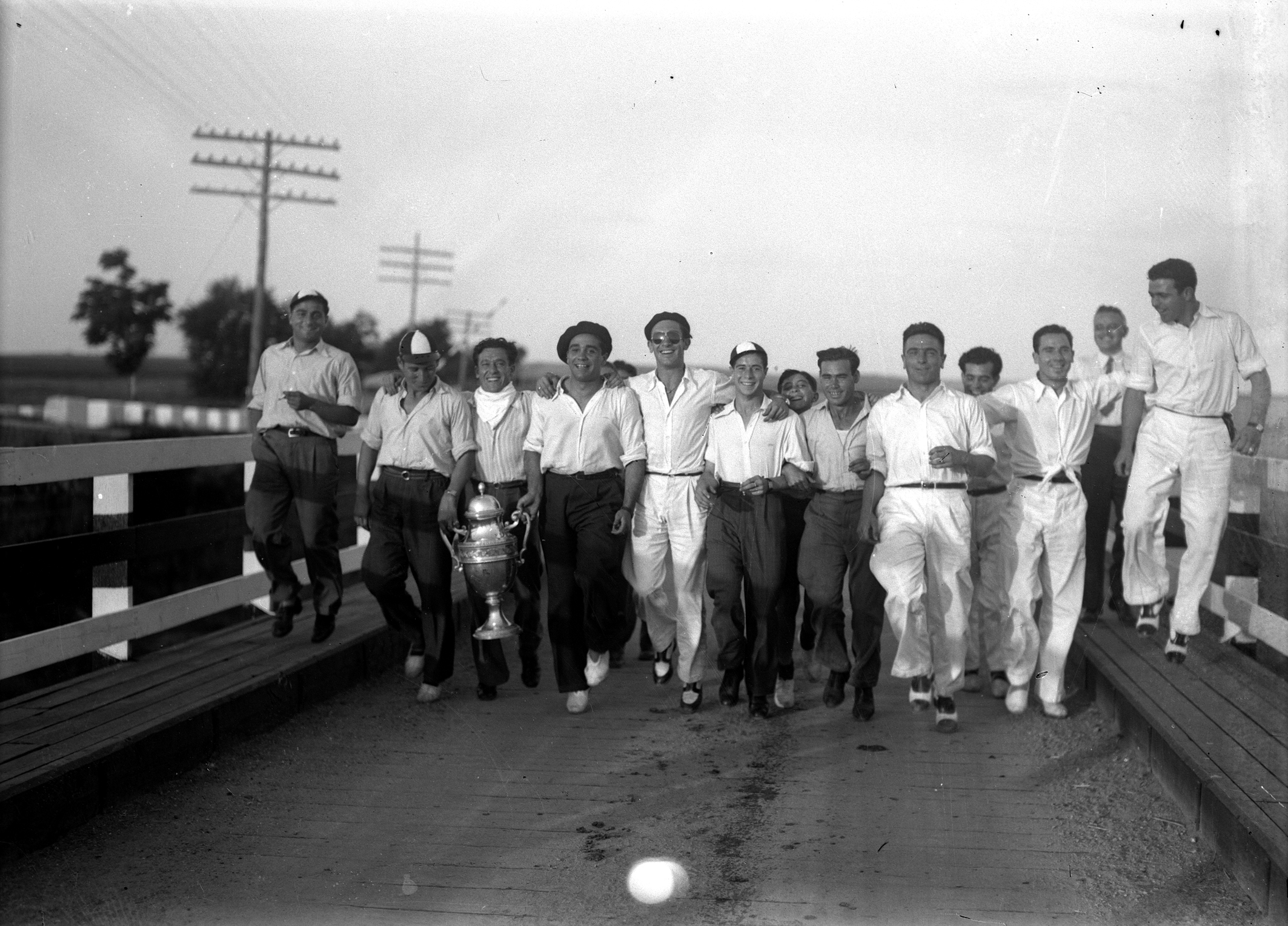 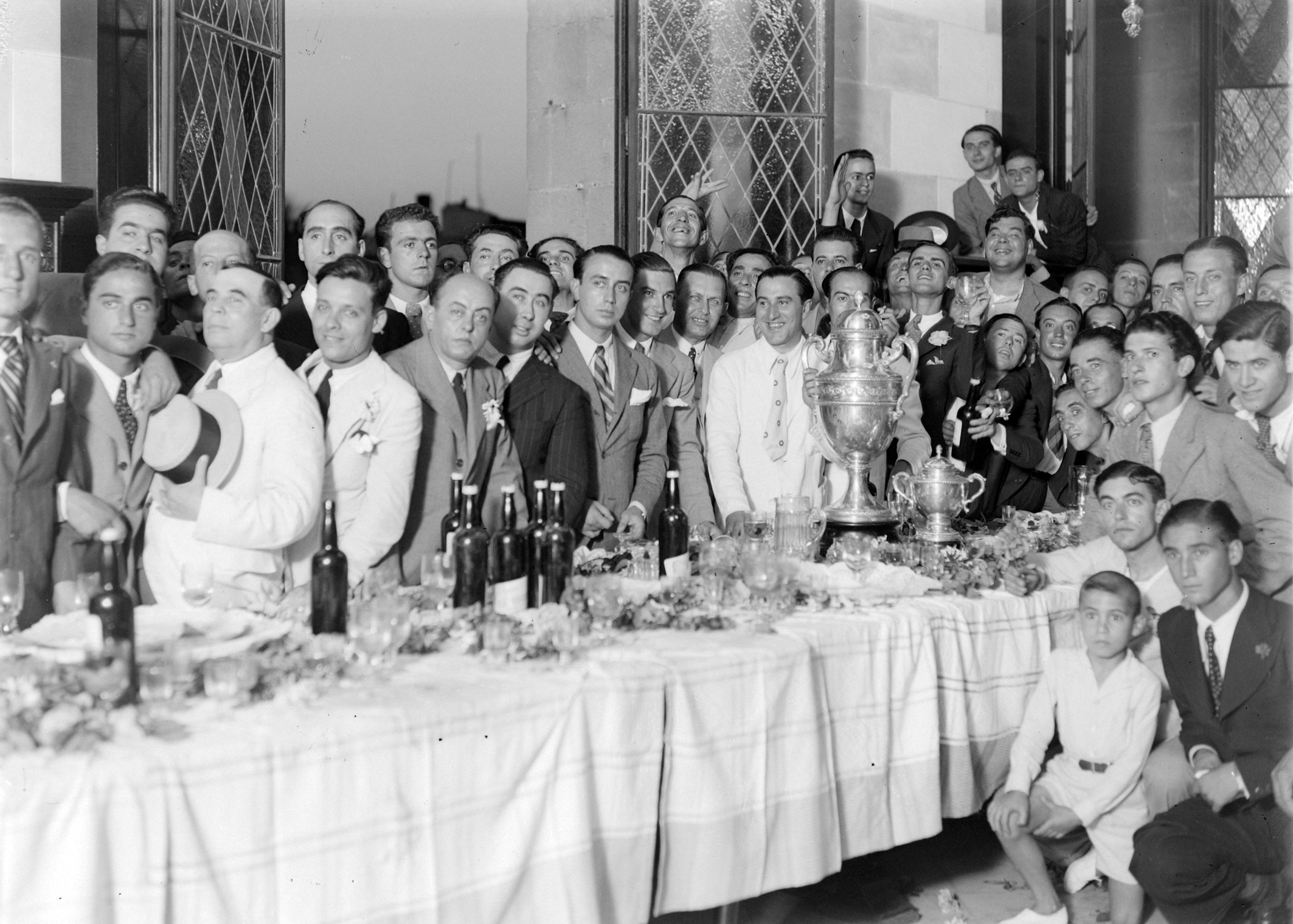 The professionals, for their part, won the final with a convincing 3-0 scoreline. In the 32nd minute, Euskalduna struck the post from the penalty spot. In the 36th minute, Campanal put Sevilla ahead after receiving the ball from López and putting it over the Sabadell goalkeeper, Massip. In the 76th minute Campanal scored with a powerful shot from outside the area, netting his and his side’s second, and Bracero got the third in the 87th minute after a pass from López. The only negatives were the comments against Sevilla from the Madrid-based press, who still had not forgiven the eventual winners for having knocked out Real Madrid and Atlético Madrid along the way.

Thousands and thousands were waiting for both teams when they arrived at the Plaza de Andalucía on the Monday, and President Sánchez-Pizjuán offered both trophies to the mayor of the city, Don Isacio Contreras. Both teams then received a tribute at the Hotel Andalucía Palace (Hotel Alfonso XIII), and the players arrived with the Spanish Cups, Eizaguirre with the professionals and Félix with the amateurs.