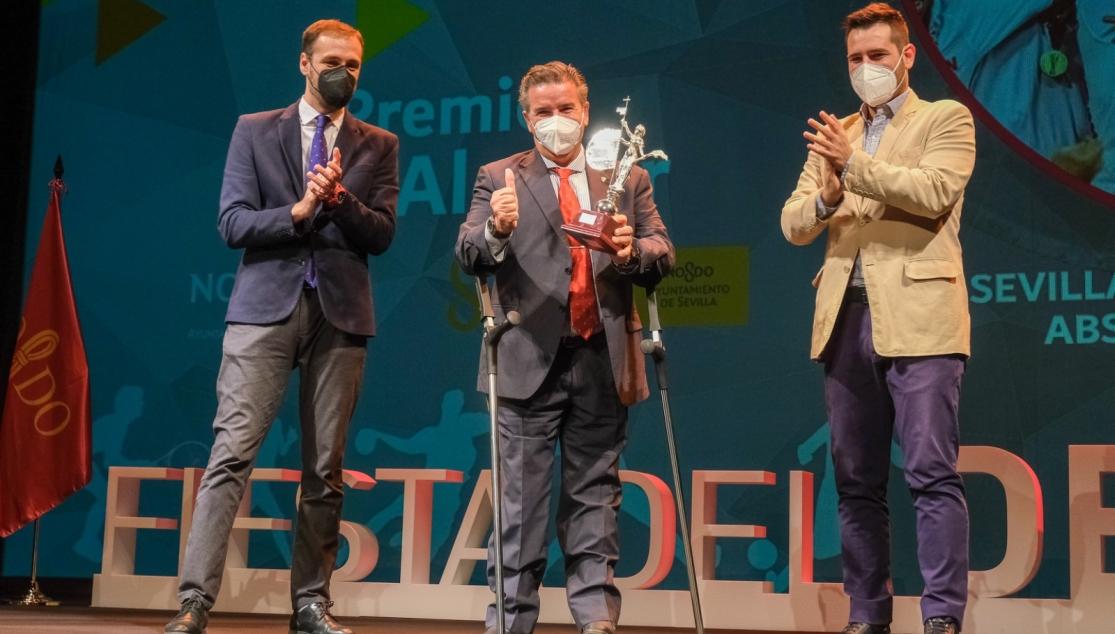 Sevilla FC have been awarded the 'Real Alcazar' prize at the 34th edition of the celebration of sport. The gala, organised by the Municipal Institute of Sport by the Seville city council, was celebrated on Wednesday afternoon at the Lope de Vega, taking place in part at the same time as the game in the third matchday of the Champions League played in Lille.

In this case, it was president Luis Castro who was the one to receive the award deservedly given out for the good work of the first team in recent times.

First team
LOPETEGUI: "WE ARE HOPEFUL IN THE CUP BUT WE KNOW THAT THERE ARE NOT SECOND CHANCES"
Leer más
END_OF_DOCUMENT_TOKEN_TO_BE_REPLACED