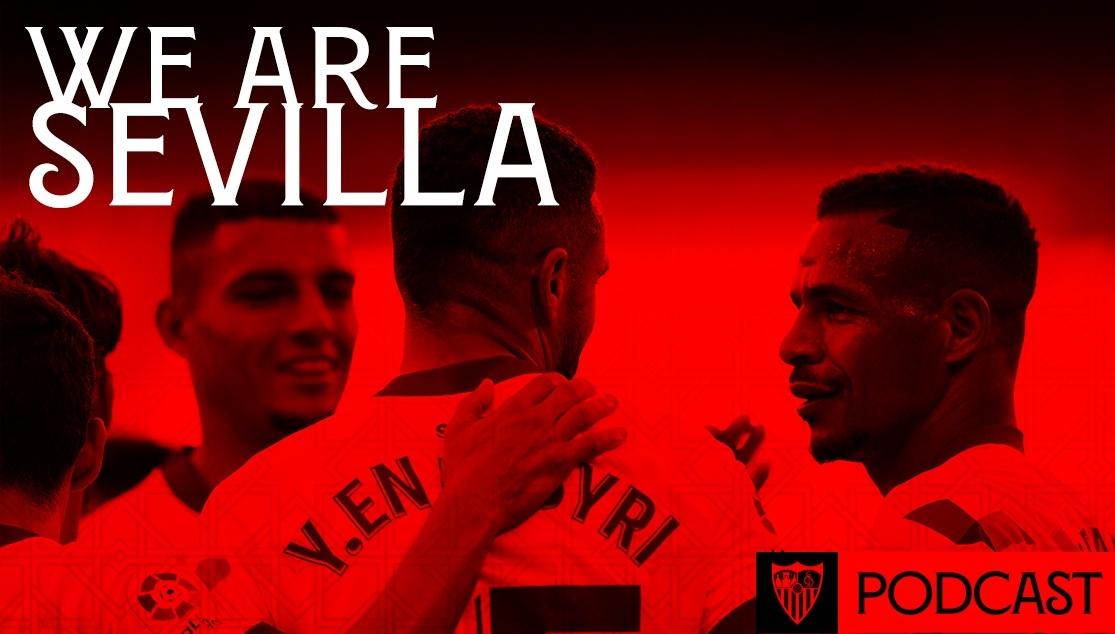 WE ARE SEVILLA | SEVILLA FC'S OFFICIAL PODCAST IN ENGLISH

Join hosts Daniel, Phil and Chris as they chat all things Sevilla FC

Sevilla FC have released an official podcast in English for their fans around the globe. Sevilla FC employees Daniel Magennis and Phil Thomas host the podcast alongside Chris Lail, who runs his own podcast for Monchi's Men, one of the largest English-speaking Sevilla fan clubs.

The three will discuss all things Sevilla FC: what went on in the week, pre- and post-match analysis, and the history of the Club. In Episode One, they introduced themselves and went on to discuss the work Monchi has done at the Club in light of the fifteenth anniversary of the first UEFA Cup in Eindhoven.

In Episode Two, released on Friday night, they recapped the matches against Real Madrid and Valencia CF, before discussing Unai Emery's Villarreal and Sevilla's history in the Europa League. In Episode Three, available next week, the three will be joined by Moroccan Sevilla fan Youssef Arsalane as they discuss the team's increasing profile in the country.

The podcasts will be a weekly series and will be released every Friday night at 20:00 CEST on Spotify.