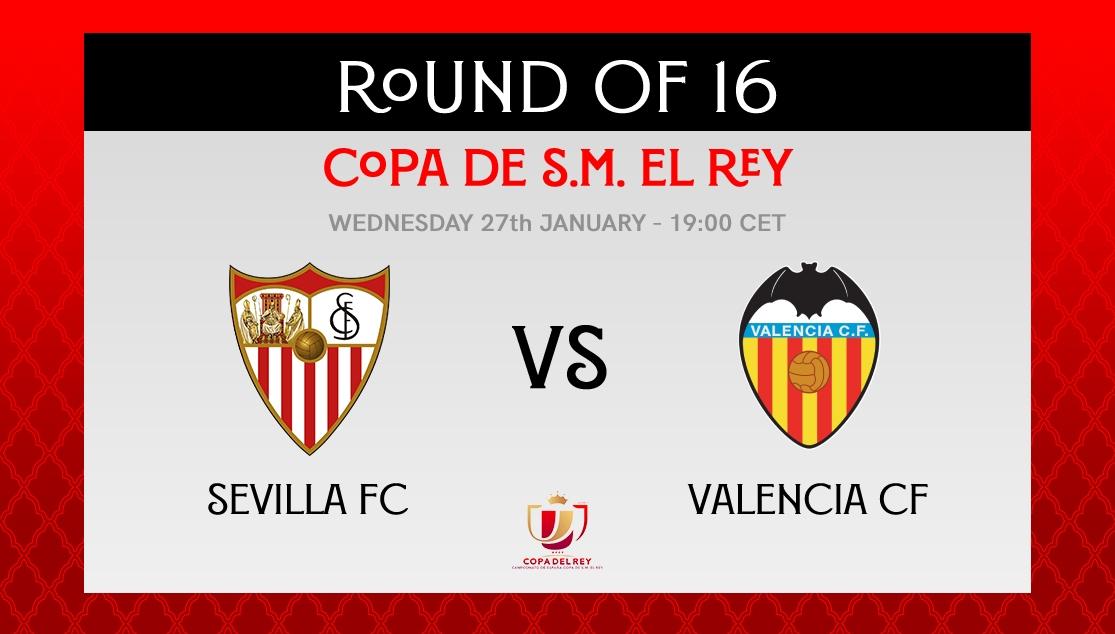 The tie will be played next week in Nervión at 19:00 CET on Wednesday 27th January

Sevilla FC will face Valencia CF in the Copa del Rey Round of 16. The draw took place today at the Ciudad del Fútbol in Las Rozas, and has pitted the two top-flight sides together. The tie will take place at the Ramón Sánchez-Pizjuán, and the winner will progress to the quarter finals. The kick-off time has yet to be confirmed, but the match will be played between Tuesday 26th and Thursday 28th January.

Javi Gracia's side have beaten Terrassa FC, al Yeclano Deportivo and AD Alcorcón so far in this year's tournament. This will be the eighteenth cup tie between the two sides. The first came in 1927/28, which saw the Nervionenses progress to the Second Round. The last meeting came in the Round of 16 in 2011/12. The Blanquirrojos were knocked out on away goals, after a 1-0 loss at the Mestalla and a 2-1 win in Nervión.

There have been 35 cup matches played between both teams, with 16 Valencia wins, 13 Sevilla FC wins and six draws. The Valencians have 67 goals, while the Andalusians have 49. In the seventeen ties between the sides, the Nervionenses have progressed six times, while Los Che have won eleven. In the 21st century, both sides have progressed on one occasion, with Sevilla reaching the semi finals on away goals, after a 3-2 away defeat and a 2-1 win at home.