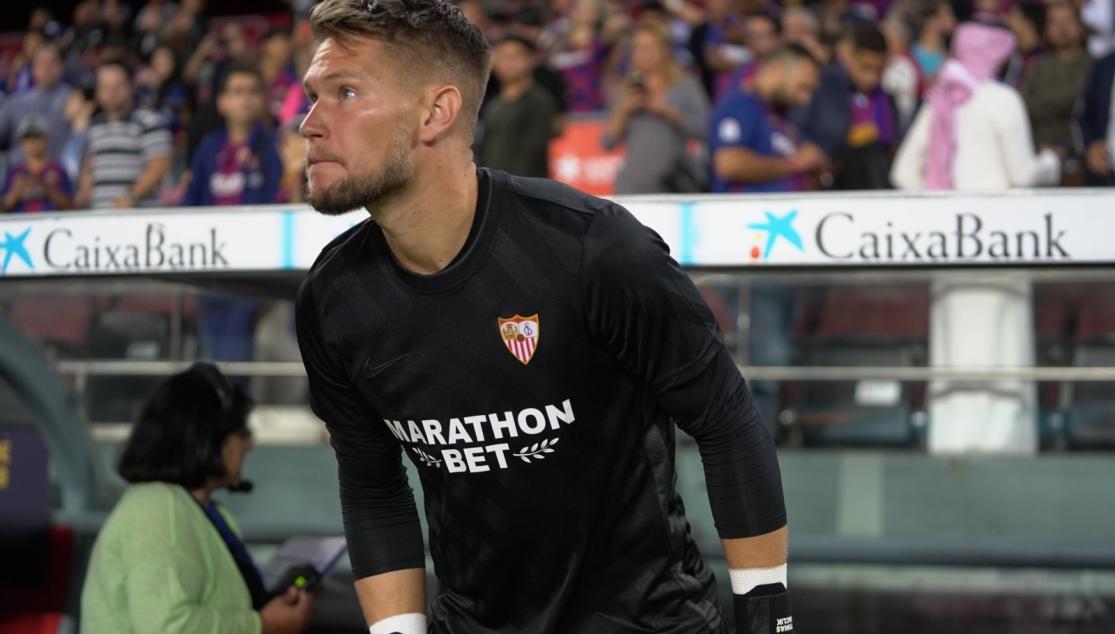 VACLÍK: "IT'S A TOUGH LOSS BUT WE HAVE TO KEEP WORKING HARD"

Sevilla FC's goalkeeper, Vaclík, evaluated the defeat in the Camp Nou against FC Barcelona: "It's a harsh lesson because at the start of the game we had our chances. The first one was saved well by Marc, and then we had two or three clear chances in which we couldn't score. They scored an unbelievable goal through Suárez, and then in the next eight minutes the game was over. I don't think the result reflects our hard work".

For the 'keeper, the save by Ter Stegen from De Jong was a turning point: "It was at a crucial moment in the game when he made the save". He also said that after Suárez's goal "we continued with the same mentality but they were more clinical. From four shots on target then scored three times. It shows the quality that they possess".

"It's a tough one to take but we must continue working hard because the season has just begun. We're only eight matches in and we have to keep working in order to play well".

First team
THE BANEGA FAMILY, WITH THOSE MOST IN NEED IN ROSARIO DURING THE PANDEMIC
Leer más
END_OF_DOCUMENT_TOKEN_TO_BE_REPLACED