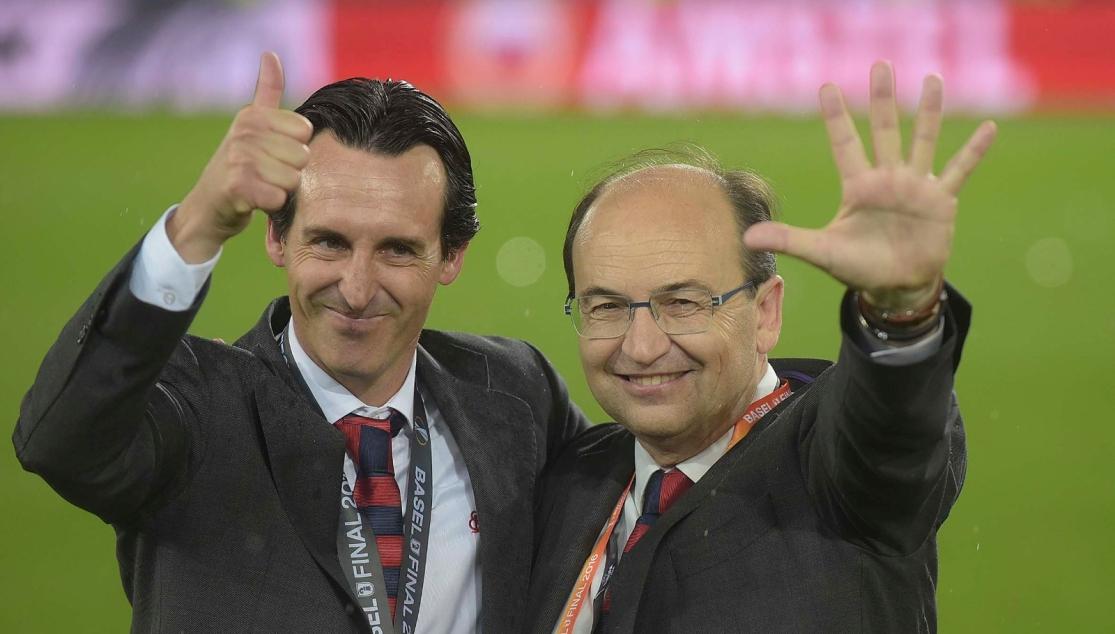 EMERY, ON BASEL: "THE BUILD-UP FOR THE FIRST GOAL REFLECTED THE MESSAGE WE GAVE THEM AT HALF TIME"

"The team were incredible in the second half"

Four years ago today, although, as with every Sevilla FC trophy, it feels like yesterday, our fifth UEFA Europa League was won in Basel against Liverpool. After Turin and Warsaw, the third consecutive win was achieved in the Swiss city, where Sevilla became the first and only side to win the tournament five times.

Unai Emery, who was the manager for those three Europa League wins, spoke to UEFA about that final: "My favourite was the one against Liverpool. They would only qualify for the Champions League if they won, like us. Knowing that they were a difficult opponent, we had to play the long game. We were good in the first 30 minutes, even better than them, but they scored just after and we felt that they were better. At half time we spoke about how we had to lose respect for them, go for them, believe in ourselves. The team were incredible in the second half, no one could touch them. A goal right away, then another goal and another goal. It didn't matter that Liverpool had been in front, we were going to win it".

"We knew we had to go for them by losing respect for them, we were losing"

Sevilla initially trailed to Sturridge's opener, before Gameiro levelled the tie, and Coke added another two to bring the cup back to Andalusia and become the first first-time winners of the Europa League. Emery detailed how this happened: "The build-up for our first goal reflected the message that we gave them at half time. Go for them by losing respect for them. Coke and Mariano joined the attack on the right-wing really well".

Emery also spoke about Coke, his brace in the final and his qualities: "Coke had taken a penalty in the first year and scored. He wasn't a specialist, but he's very positive and always goes forward. In this final he wanted to win, he didn't care about the opponent, he just wanted to attack and go for them. That was Coke. So he attacked on the right, in the left, in the area... And he also had a goal in him. He's very intelligent".

The ex-Sevilla manager also showed his happiness about the path which the club took to win the third consecutive UEL: "This final could have been the most difficult one. In the second half we made Liverpool smaller, we played with a lot of confidence. We knew that we could not lose that opportunity. We felt a personal satisfaction and for everyone else, seeing that the competition has grown a lot and that, by winning it three times in a row, we have helped it".

First team
ALFONSO PASTOR: "LOPETEGUI TRIES TO HELP US IN EVERYTHING AND GIVES US ADVICE"
Leer más
END_OF_DOCUMENT_TOKEN_TO_BE_REPLACED