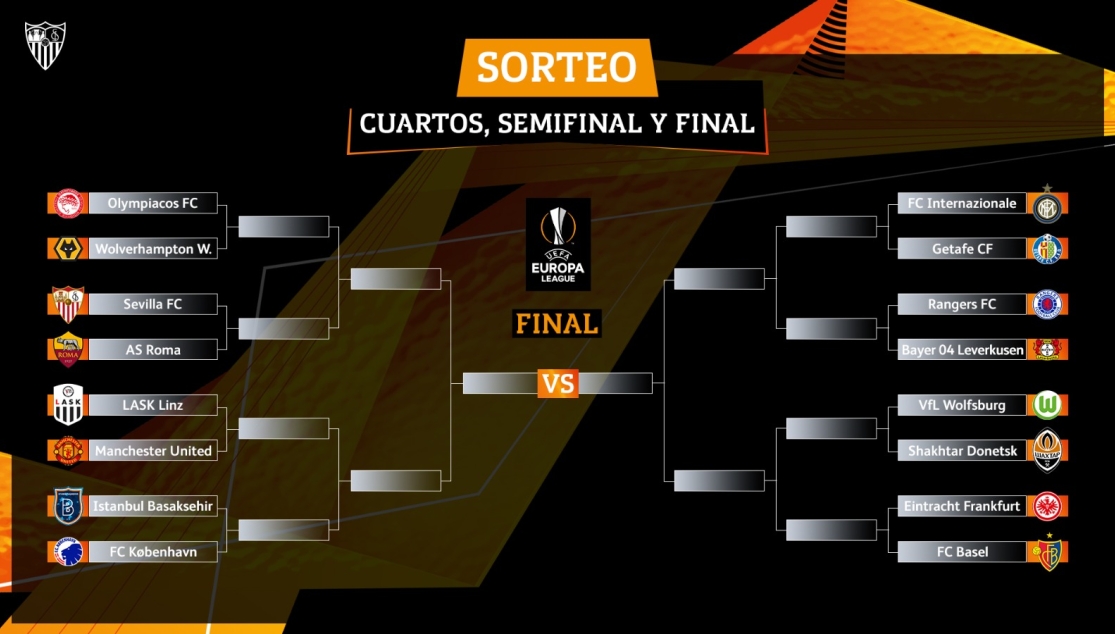 Sevilla FC have discovered what would be their path to a sixth UEFA Europa League title, provided they beat AS Roma in a one-leg Round of 16 match in Germany.

If the Blanquirrojos beat the Italians, they will play the winner of the tie between Olympiacos and Wolves on 10th or 11th August. If they win that tie too, they will face either LASK Linz, Manchester United, Istanbul Basaksehir or FC Copenhagen in the semi final on 15th or 16th August.