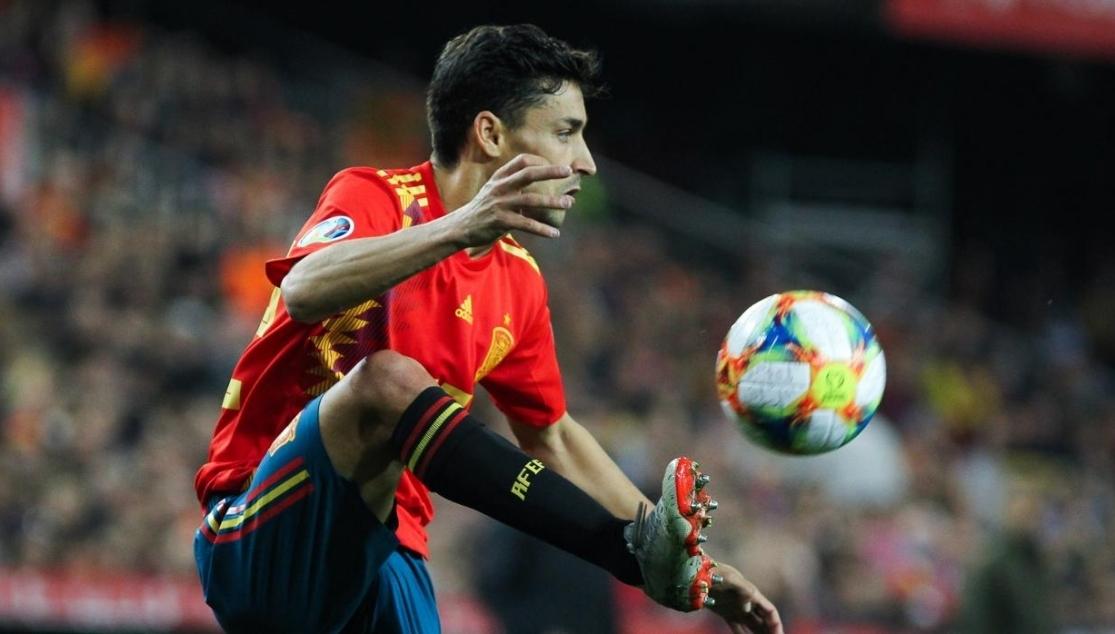 SEVILLA FC'S INTERNATIONALS IN ACTION FROM TUESDAY TO TUESDAY

From today, Tuesday 8th October, the international games concerning those who play for the Sevilla FC first team will get underway. Ten players from the first team have been called up and could be with their countries until next Tuesday, 15th October, the day in which the last members of the squad could represent their country.

The first player in action is Bryan Gil, who will play in a mini-tournament with the Spain U19 squad, which is in qualifying for the U19 European Championships in 2020. Spain will face Lithuania today at 12.00, Romania on Friday 11th at 14.00, and will finish off against hosts Serbia on Monday 14th, again at 14.00.

The next will be Ocampos, who could make his debut for Argentina in their two friendlies against Germany and Ecuador on Wednesday 9th, and Sunday 13th October respectively. Moreover, Gudelj will have two games; a friendly and a Euro 2020 qualifier. The friendly will be played against Paraguay on Thursday 10th, and the qualifier against Lithuania on Monday 14th.

Sevilla's forwards, Dabbur and De Jong, will both play in two games in qualifying for Euro 2020 with Israel and Netherlands respectively. Israel will face Austria on Thursday 10th and Latvia on Tuesday 15th, whilst Holland will play Northern Ireland on Thursday 10th and will visit Belarus on Sunday 13th.

Academy product Pozo, a regular now in the Spain U21 squad will play against Germany on Thursday 10th and against Montenegro on Tuesday 15th, with both games in qualifying for the U21 European Championships in 2021. Likewise, although with the main Spanish squad, fullbacks Jesús Navas and Sergio Reguilón (who could make his debut) will play against Norway and Sweden in qualifying for the Euros next year, both away from home, on Saturday 12th and Tuesday 15th October respectively.

Finally, we finish off the list with the Sevilla goalkeepers. Vaclík will play for the Czech Republic against England, in a Euro 2020 qualifier on Friday 11th, and against Northern Ireland, in a friendly, on Monday 14th October. On the other hand, Bono will represent Morocco in two friendlies against Libya and Gabon on Friday 11th and Tuesday 15th October respectively.

Overall, Sevilla FC players could be involved in a cumulative total of 21 games from today until next Tuesday, 15th October. After this date, they will all return to training to start to prepare for the visit of Levante to the Sánchez-Pizjuán on Sunday 20th October at 21.00.

First team
THE BANEGA FAMILY, WITH THOSE MOST IN NEED IN ROSARIO DURING THE PANDEMIC
Leer más
END_OF_DOCUMENT_TOKEN_TO_BE_REPLACED