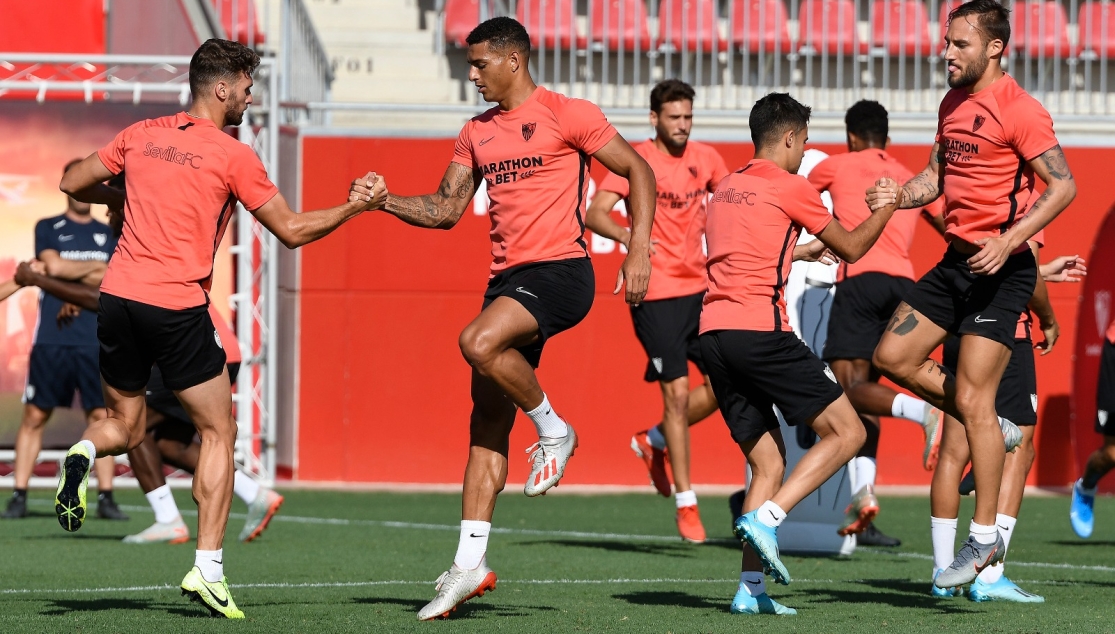 DIEGO CARLOS TRAINS WITH THE GROUP AS THIS WEEK'S TRAINING BEGINS

Lucas Ocampos, the other player who picked up an injury on his debut against Espanyol, did not train in the first session of the week. De Jong had scheduled rest and will return to training tomorrow.

After returning home with three points in the bag and resting on Monday, the Sevilla FC squad returned on Tuesday at the training ground to prepare for the second league match, which will be another away game, this time at Granada CF on Friday. This leaves Julen Lopetegui with enough time to prepare for the match and get the troops ready.

There was good news for the Basque manager, as Diego Carlos took part in training after picking up a knock to his right calf at Cornellá-El Prat. Lucas Ocampos, who also picked up a knock, did not feature, as he recovers from an injury to the sole of his foot, but he took part in the gym session. The group will train behind closed doors at the training ground on Wednesday and Thursday at 9:30, with the journey to Granada currently scheduled for Thursday afternoon. De Jong did not train either, as he was scheduled for a rest day by the coaching staff. He will return to training tomorrow.