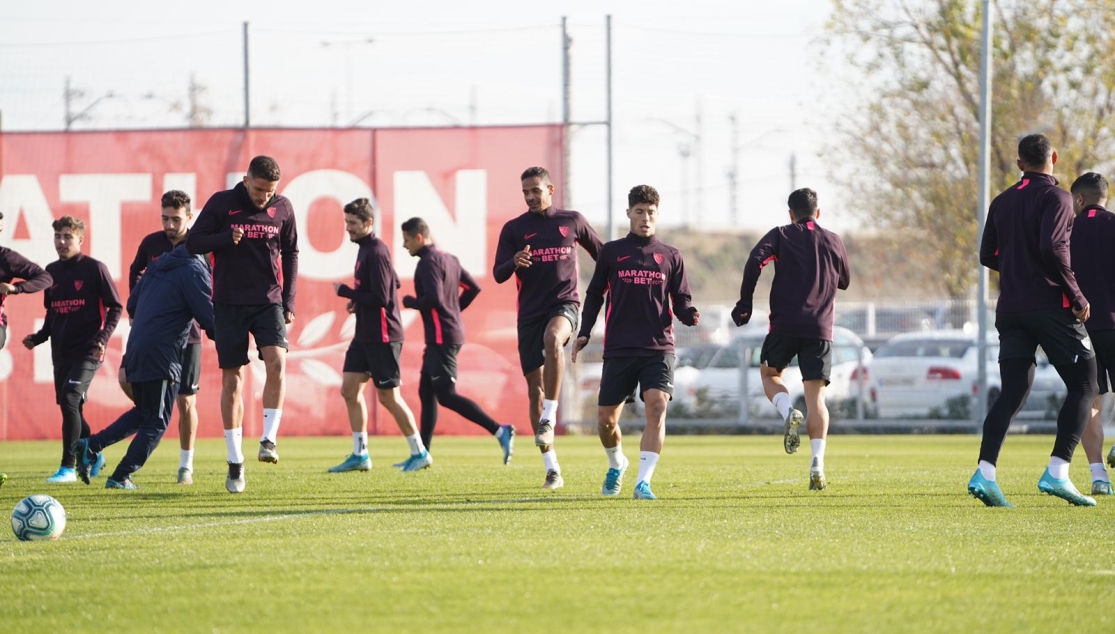 FIRST TRAINING SESSION OF THE WEEK, WITH ALL EYES ON REAL MADRID AWAY

The game will take place on Saturday afternoon, with kick off in the Spanish capital at 16.00

Sevilla FC have, this Monday morning, returned to training at the Ciudad Deportiva José Ramón Cisneros Palacios. The team returned to Sevilla yesterday afternoon, after their win over UM Escobedo in the second round of the Copa del Rey. Taking part in the session were the substitutes and those not in the squad for yesterday's game; whilst those that did play did some recovery work in the gym.

Julen Lopetegui's men have now begun what will be a full week of training, which will culminate in Saturday's visit to Real Madrid, at the Santiago Bernabéu. The game, which will take place during Matchday 20 of La Liga, will kick off at 16.00.