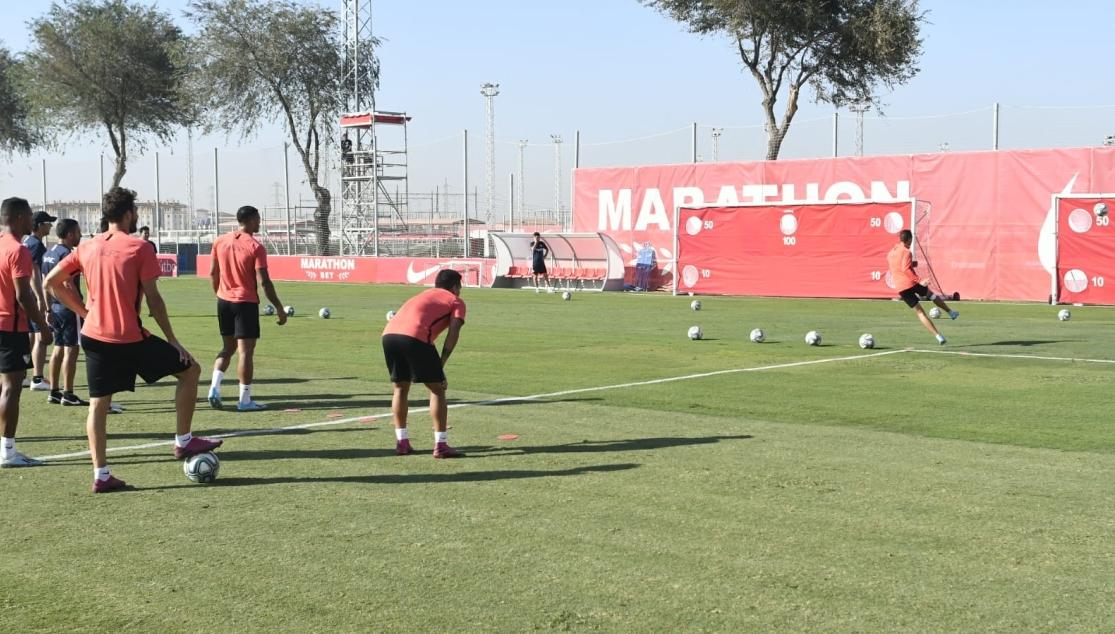 The team will train tomorrow, before taking a few days off over the weekend

This Wednesday morning, the Sevilla squad took part in a training session that was slightly out of the norm. In the absence of the internationals, the squad was divided up into two teams, who had to compete against each other in different activities. The first activity had the players doing two things, playing as both the finishers/strikers and as the goalkeepers. Afterwards, the goals were converted into target practice, with different scores relating to the gap in through which the players scored.

Later on, they did relay races which finished off with a shot into the goal, with the next person only allowed to go whenever the person in front successfully found the back of the net. To finish off the session, they played a mini football-tennis tournament and a mini match. The team will return tomorrow morning to train and afterwards, they will have the weekend off, before returning to training on Monday with the game against Levante UD in mind.