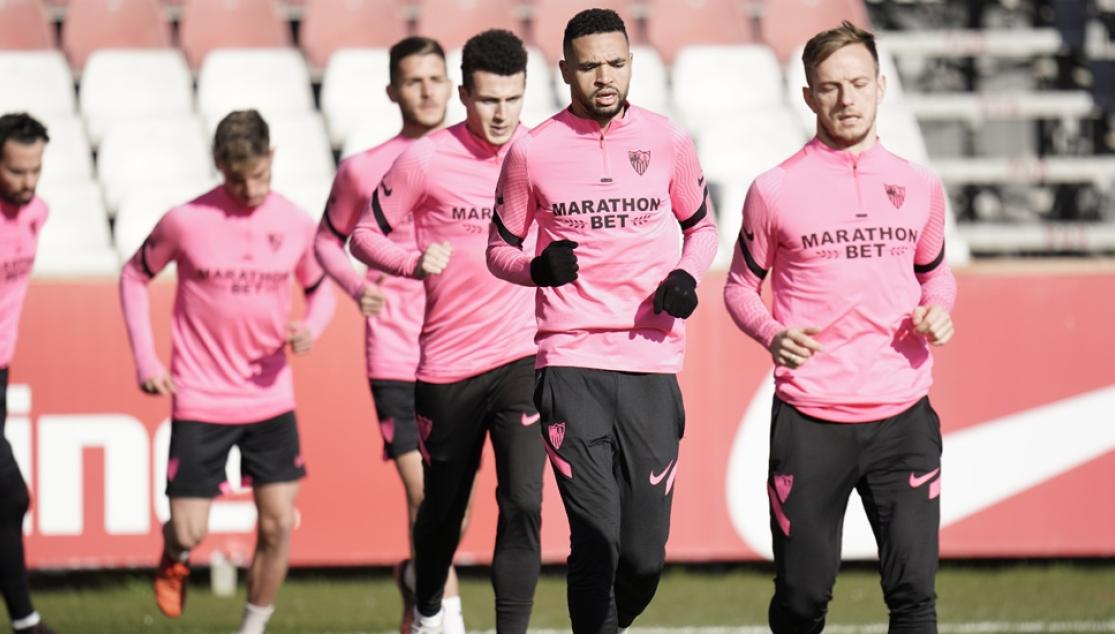 Another week with two matches is underway for Sevilla FC. After moving on from Saturday's away derby, the team were back at the training ground today for their final training session before their Copa del Rey Second Round tie against Linares Deportivo, which will take place at 19:00 CET tomorrow.

In his pre-match press conference, which took place after the session, manager Julen Lopetegui confirmed that Carlos Fernández did not take part due to an injury he picked up last week, while both Lucas Ocampos and Jesús Navas also missed out after picking up knocks in the derby.

The team will travel tonight and spend the night in Jaén before tomorrow's match. A cold match is expected tomorrow, with the temperature forecast to be between 2 and 3ºC.

First team
LOPETEGUI: 'IF YOU DON'T SCORE AND LET THE GAME GO ON, THESE THINGS HAPPEN'
Leer más
END_OF_DOCUMENT_TOKEN_TO_BE_REPLACED