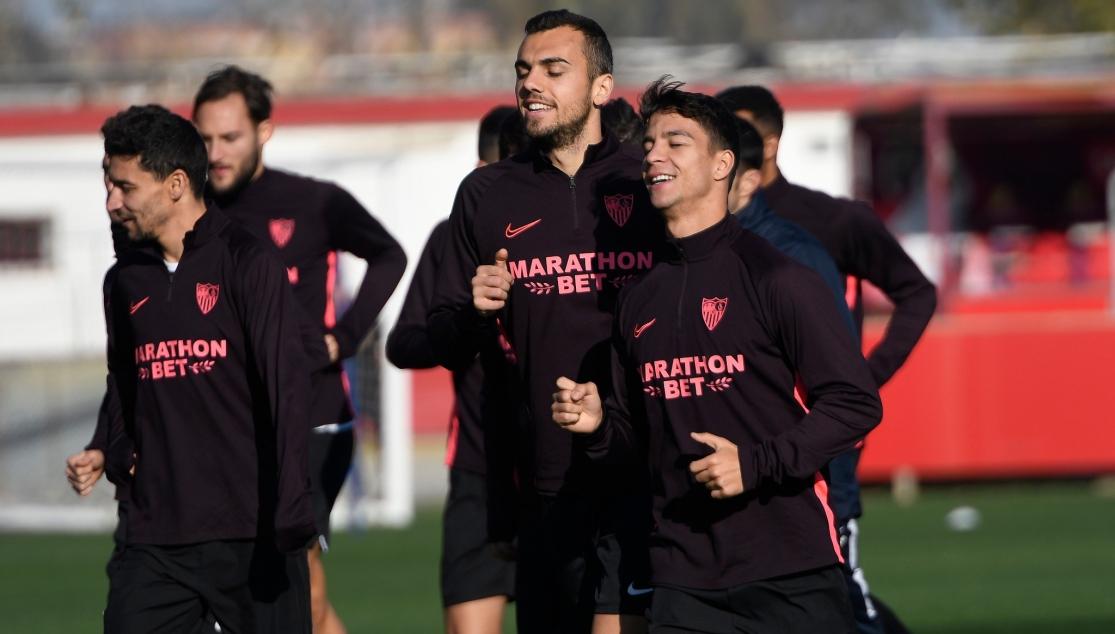 SEVILLA FC RETURN TO TRAINING AFTER THE CHRISTMAS BREAK

Nolito returned to full training after a knock. Diego Carlos and Franco Vázquez will train in the evening session

Sevilla FC returned to training this Monday morning at the Estadio Jesús Navas at the Ciudad Deportiva José Ramón Cisneros Palacios after the Christmas break, which began straight after the win away at Mallorca. It is now time for Julen Lopetegui's side to prepare for Friday's hoe match against Athletic Club de Bilbao, the final match of the first half of the season.

There was good news for Nolito as he made his return to full training after a knock which ruled him out of the last few matches. The squad will train twice today, and return to training this evening. Diego Carlos and Franco Vázquez, the last players to arrive back in Sevilla after their holidays, will make their return to training tonight.