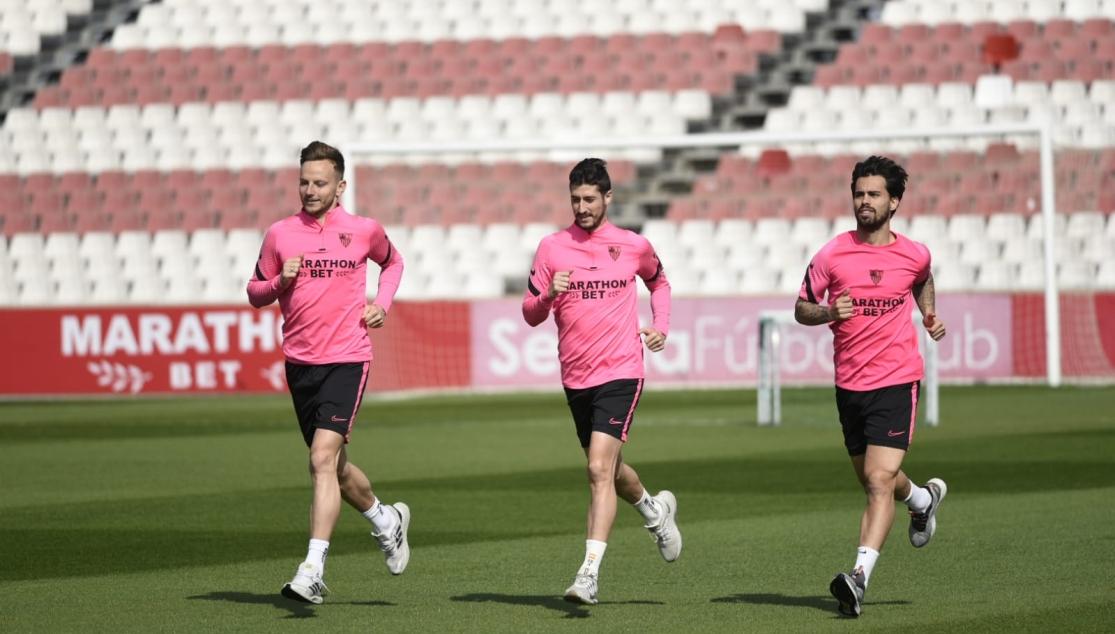 Sevilla FC are leaving LaLiga to one side in order to focus on the Copa del Rey, specifically the semi-final second leg against FC Barcelona. The Nervionenses will travel to the Camp Nou with a 2-0 lead from the first leg at the Ramón Sánchez-Pizjuán. The squad trained today, with those who started yesterday training in the gym, while the rest of the squad trained on the pitch at the Jesús Navas Stadium.