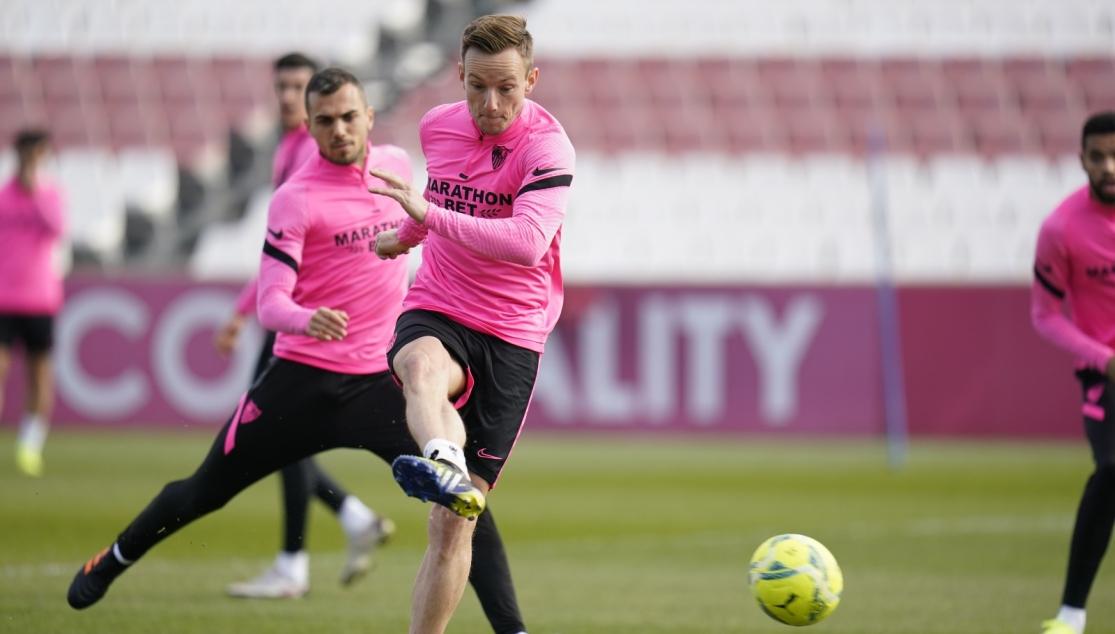 LAST TRAINING SESSION BEFORE THE VISIT OF CÁDIZ

Sevilla FC have completed their last training session ahead of the second match of another demanding week, as the team reached the halfway point of the league season on Tuesday (excluding the postponed match against Elche). They will now start the second half of the campaign tomorrow, with a match against fellow Andalusian side Cádiz CF. The Nervionenses won the reverse fixture at the Ramón de Carranza, while Cádiz are coming into this fixture on the back of a cup exit and a draw in the league against Levante UD.

Julen Lopetegui led the morning session as the team finished their preparation for the match against Cervera's side. After the session, the manager gave his pre-match press conference. The draw for the Copa del Rey Round of 16 is about to take place, with that match taking place between 26th and 28th January.