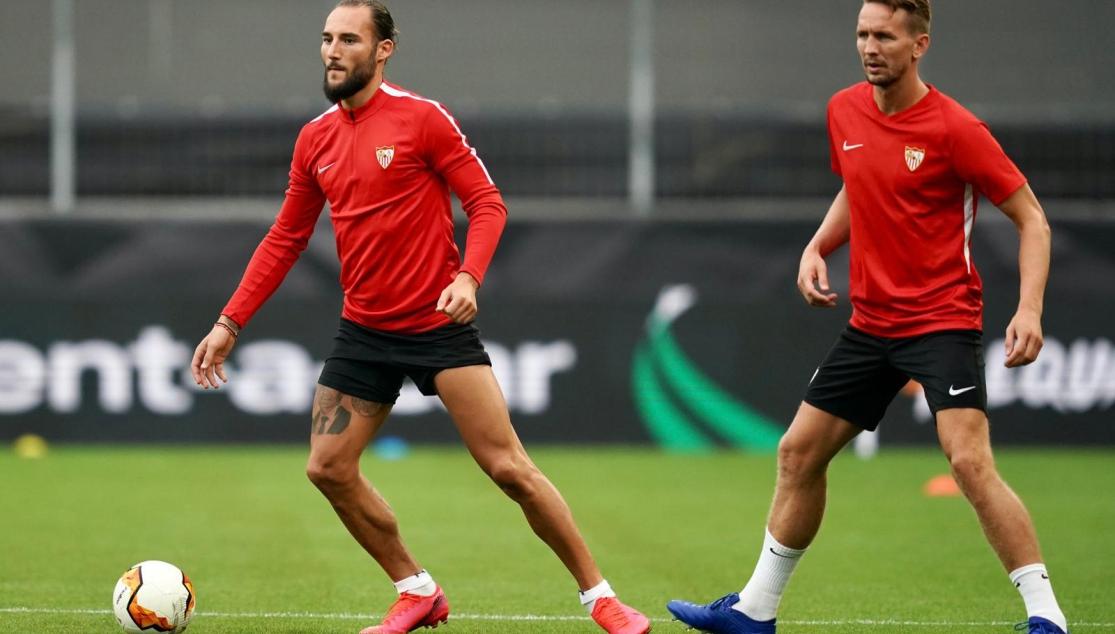 THE SQUAD TRAIN AT STADION KÖLN 24 HOURS BEFORE KICK OFF

Big game atmosphere. That's what you could chew on this Saturday at the Stadion Köln, the venue for tomorrow's match at 21:00 CET, which will see either Sevilla FC or Manchester United reach the UEFA Europa League final. Although this does not apply to every player in the squad, the club has huge experience in this type of situation and, logically, that's a good thing, although tomorrow's opponents are not exactly less accustomed to tasting success.

For the moment, the team took their first steps on the pitch which will host tomrrow's match, unlike Manchester United, who already played there on Monday evening against FC Kobenhavn in the quarter finals. The press were only able to watch the warm up, lasting fifteen minutes. Before the session started, Juanlu went through the birthday gauntlet, as he turns 17 today. Tomorrow, it's the big one, as Sevilla FC look to reach a sixth Europa League final in just 14 years.