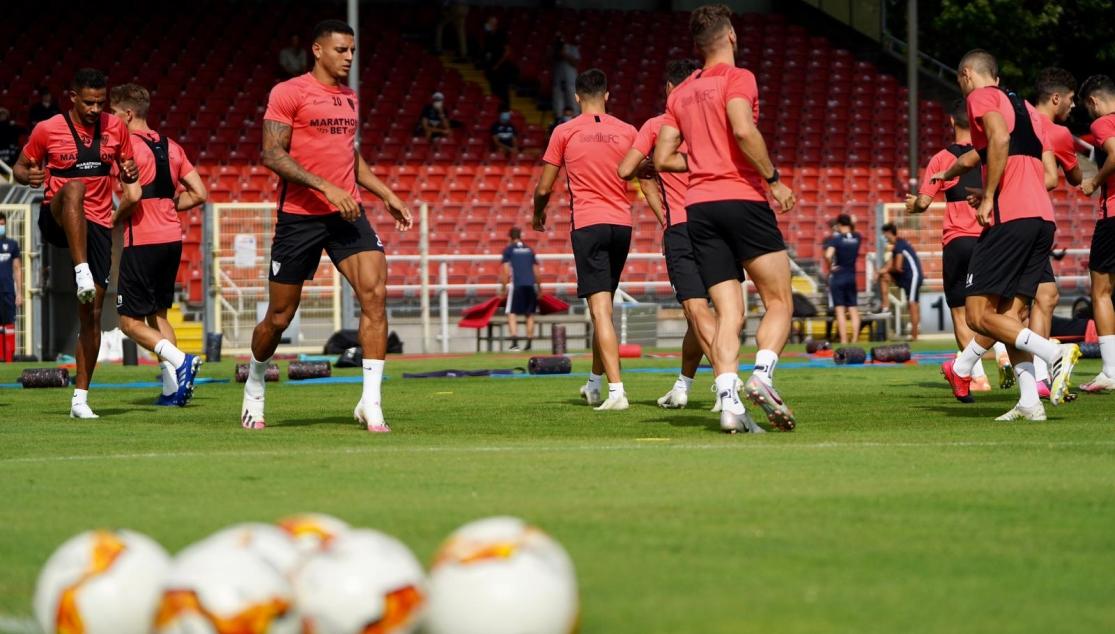 With just three days to go until the massive clash against Manchester United, and after yesterday's recovery session for those who started against Wolves, Julen Lopetegui led a full group training session at the Paul Janes Stadion in Dusseldorf.

At 10:30 this morning with a pleasant temperature of 24 degrees, the first team squad started a training session which saw tactical work focused on attacking: getting forward, crosses, shots... before a practice match was played on a smaller pitch.

Tomorrow will be the final training session at the home of Fortuna Dusseldorf's reserves ahead of the semi final. Saturday's training session will take place at the stage for Sunday's match, Stadion Köln in Cologne.