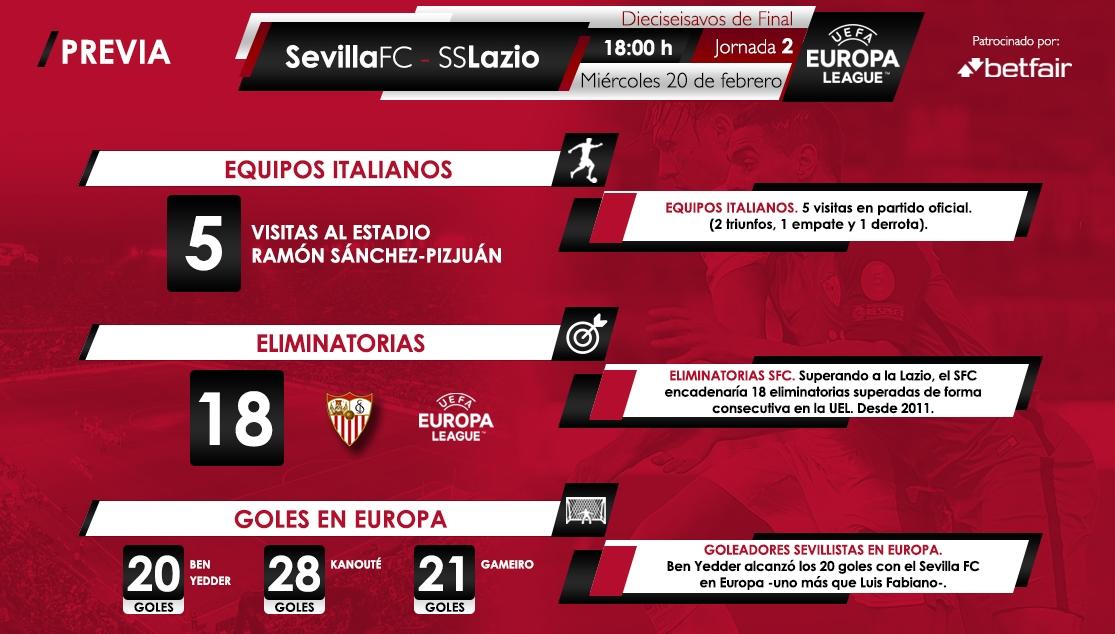 Sevilla FC face SS Lazio in the second leg of the Europa League Round of 32, with the Italian side looking to cause an upset in Nervión

The city of Sevilla is welcoming the Europa League back for the first time this year to host a massive game despite the tournament only being in the Round of 32. The game involves the competition's most successful team and one of the giants of Italian football who made it into the quarter-finals last year. Lazio are the fourth Italian team to visit the Ramón Sánchez-Pizjuán to contest an official game after Parma, Fiorentina and Juventus. Only the Turin side have managed to win in Nervión and that was in the 2016/17 edition of the Champions League. But statistics are only numbers and Sevilla FC, who had only one once in Italy, have now won in their past two visits to the country.

Therefore, having beaten the Roman team a week ago does not guarantee Pablo Machín's team qualification, it only gives them a helping hand. If anything will secure qualification, it will be to play as Sevilla do in Europe, with the Nervionenses picking up six wins in six European games this season. They only conceded one goal in those games and that was against a Standard Liège on the receiving end of five goals. A goal that would not be enough for Simone Inzaghi's team to turn the tie around, only  bring it to extra-time and penalties. Lazio landed in Sevilla yesterday evening with some important players missing out such as Luis Alberto, Lukaku, Bastos, Luiz Felipe and Wallace. Even so, they have got some equally important players back in Milinkovic-Savic and Immobile - who both missed the first leg - with Parolo seeming to have recovered from his injury.

Sevilla also have absences, with both Banega and Wöber serving suspensions. The Austrian is the only player to drop out from the squad against Villarreal, giving a spot to Bryan Gil. Carriço, Nolito, Aleix Vidal, Gonalons and Gnagnon remain out through injury. Machín opted for a strong starting XI in the first leg in Rome, however FC Barcelona's visit on Saturday and Sevilla's lead in the tie may entice the coach to rest some of his starters. In any case, Sevilla's fans, always key in matches of this magnitude, will be there to cheer the team on despite the match being scheduled for an inconvenient time during the working week, 18:00 CET.

Lazio will also be able to count on their fans in the Ramón Sánchez-Pizjuán, with around 1,000 fans expected tonight in the Gol Sur. That is half the amount of Sevillistas who made the trip to Rome a week ago in a demanding stage of the season for the Italian side. In the near future they have ties in the Coppa Italia semi-final against AC Milan and the Rome derby against Roma in the Olympic Stadium. With all this on their mind, it is up to Lazio to bring an end to Sevilla's spectacular run of 17 consecutive ties won in the UEL. The last time that Sevilla slipped up in the UEL was in August 2011 against Hannover 96 who denied Marcelino García Toral's Sevilla side passage to the group stages

Should Sevilla qualify, it would be the 18th tie in a row in the UEL that they would have got through

There will be a referee from the Premier League tonight, the English Anthony Taylor. The 40-year-old referee has crossed with Sevilla only once in the 2015/16 season, the last time the Nervionenses won the tournament. Funnily, he refereed Sevilla in Basel, but the first leg in the Round of 16 which ended 0-0 before Sevilla sealed the tie by winning 3-0 in Nervión. 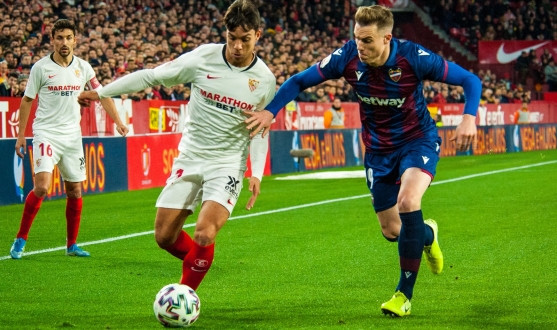 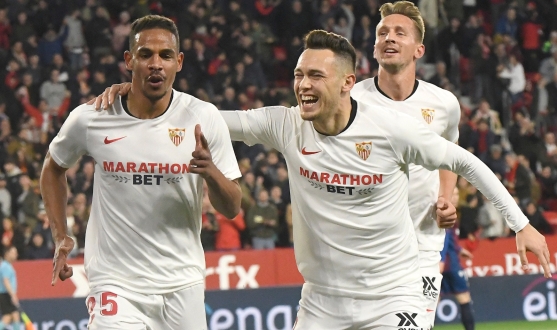 First team
FERNANDO: "WE DIDN'T LET LEVANTE HAVE MUCH OF THE BALL"
Leer más 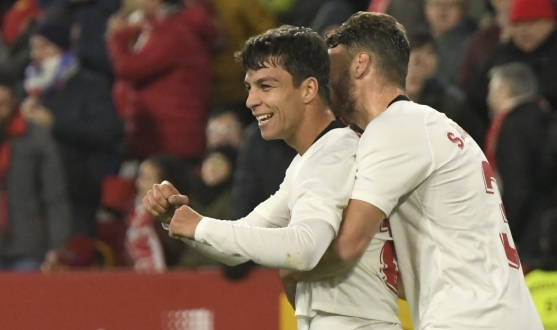