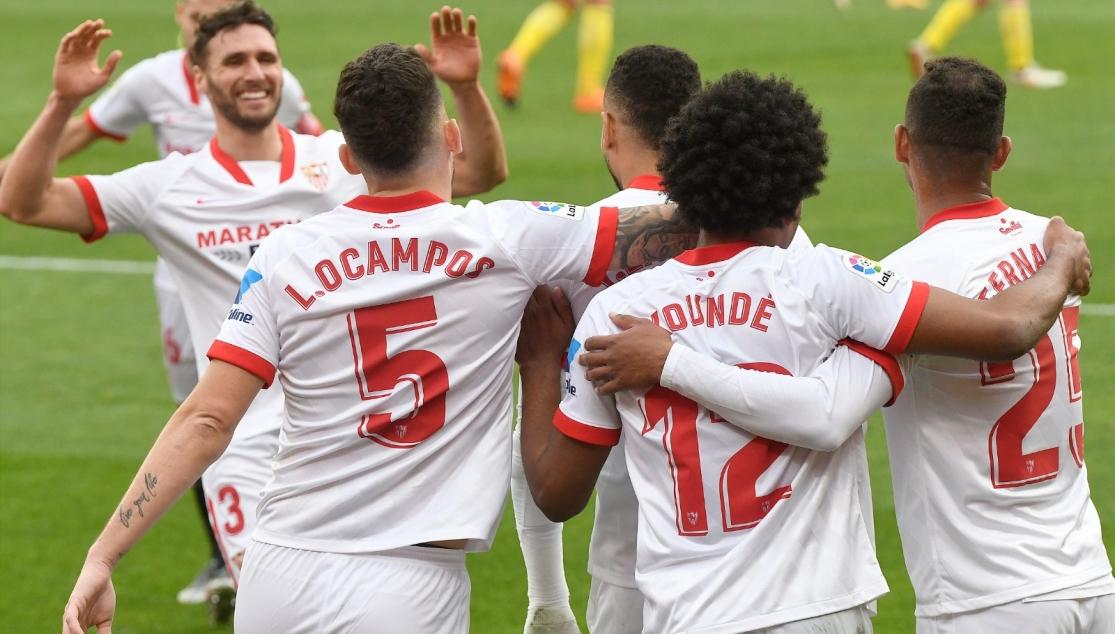 OUTSTANDING NUMBERS IN THE FIRST HALF OF THE SEASON

The team have one more point and one more goal than they did at this stage in 2019/20, Julen Lopetegui's first season at the club

Sevilla FC reached the halfway point of the LaLiga Santander season yesterday with a 3-0 victory at home to Cádiz CF. Although the Blanquirrojos are yet to face Elche CF, after the Matchday 2 fixture was postponed due to Sevilla's participation in the final phase of the UEFA Europa League, the team have now played nineteen league matches after their second match against Cádiz this season. Youssef En-Nesyri's second hat-trick in two weeks at the Ramón Sánchez-Pizjuán means that the Nervionenses are on 36 points this season, meaning the team are in a better position now than they were at this stage last season.

Sevilla FC have finished the first half of the season with 36 points, from eleven wins, three draws and five defeats. In terms of goals, they have scored 26 goals and conceded 16, giving them a goal difference of +10. Last season, Julen Lopetegui's first season in charge, the team were on 35 points, one less than this season's total, with 25 goals scored and 16 conceded. The numbers in both seasons are practically the same.

The Blanquirrojos have achieved their best points tally after nineteen matches in terms of points since the 2016/17 season, when they had 42 points at the halfway stage. The following season, they had 33 points after nineteen matches, before reaching just 27 points in the 2018/19 season. If the Nervionenses continue picking up points at the same rate, they would finish the season with 72 points, 2 more than last season's tally of 70 points, which secured qualification for the UEFA Champions League.