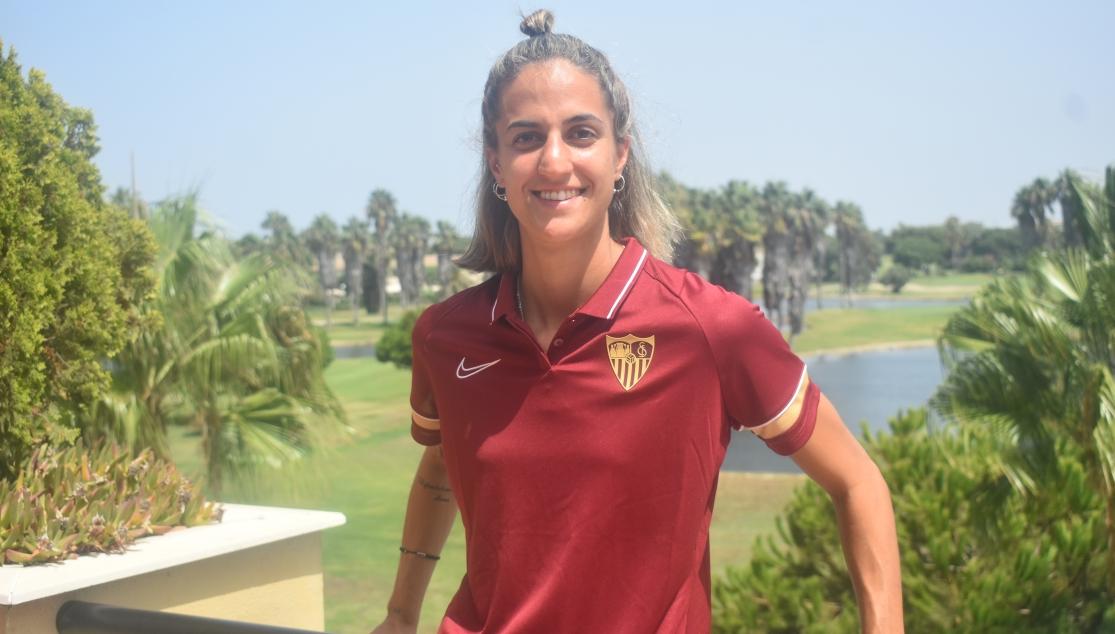 LUCÍA: 'PRESEASON IS TOUGH, BUT WE'RE ON THE RIGHT TRACK'

Lucía Ramírez spoke to the media on the penultimate day at the training camp in Costa Ballena. The Sevilla FC Women's player firstly spoke about how the team is feeling at this stage in the preseason: 'Preseason is going well. It's tough, but we knew it would be this way and I think that our new teammates are settling in well. We are a team that welcome any new signings warmly and this is important for the team as well as the coaching staff. I think that we're on the right track and we continue getting stronger.'

Ramírez also spoke positively about the team's progress at their training camp in Costa Ballena: 'It's nice to get out of the training ground for a bit in preseason. It is not only something that can bring us closer as a group, but it can also be good in the long run too as we keep on improving, but as a group it's been good for us.'

'I think we are more capable this year and we can of course keep improving, but little by little, we're getting there'

The defender also touched upon the new signings, including centre-back Paula Nicart: 'They've come because they're hungry for success. Every new signing is welcomed with open arms because they are here to help the team develop and succeed. Nicart is an experienced player and she came here to help us build upon the things we did last season.' She also spoke about another defensive asset who is returning from injury: 'Nazaret can't wait to make her return. I know how she feels because I've been there myself, but she has overcome the injury and it'll be good for her to have experienced players alongside her. She will continue developing and she can help contribute to the team like we all can.'

On a more personal level, she is very eager to continue improving, and she is now one of the most experienced footballers within the squad given her experience at the club: 'We're at the halfway point of the preseason, but we want to continue developing and improving. I want to give it my all for this team. My personal aim is to improve on what I did last season, but by tripling my efforts, and I can't wait to get started. I back all of my teammates, and I want to help the younger players with the experience that I have in the first team.' She concluded by commenting on the group's collective aims for the season: 'In terms of the team, no fixed aim has been set, but we obviously want to continue improving on what we did last season, and we have the quality in the squad to do that. I think we are more capable this year and we can of course keep improving, but little by little we're getting there.'