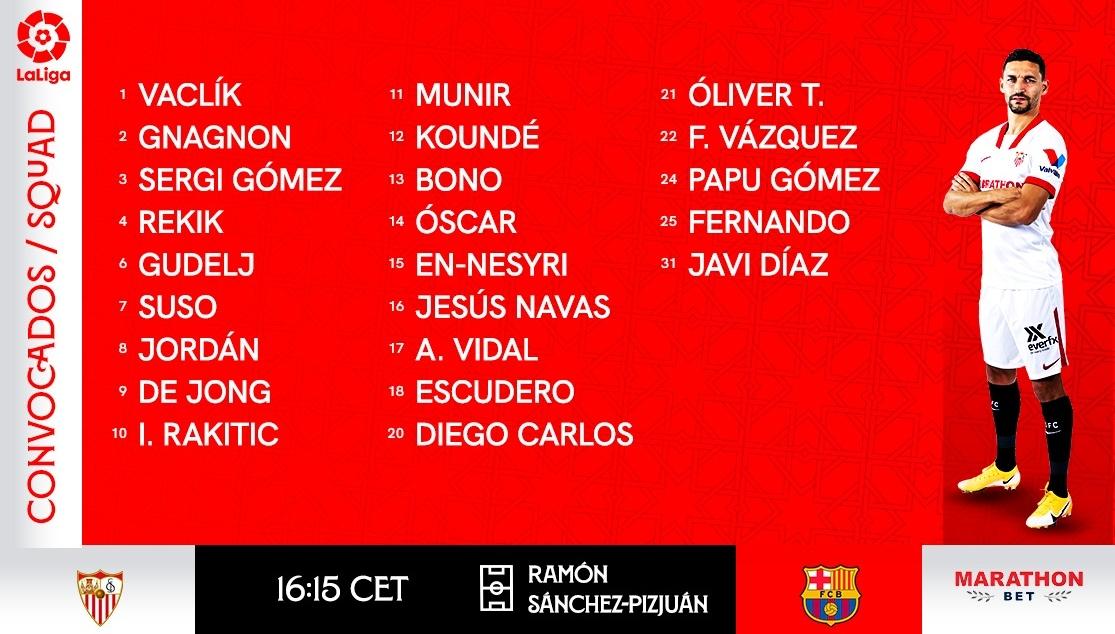 23 PLAYERS CALLED UP FOR FC BARCELONA

Lopetegui calls up all his available players, including Suso

Sevilla FC coach Julen Lopetegui has released the squad list for this afternoon's match against FC Barcelona at the Ramón Sánchez-Pizjuán, with kick-off at 16:15 CET. Lopetegui has called up all his available players, including Suso, who was a doubt coming into the game.