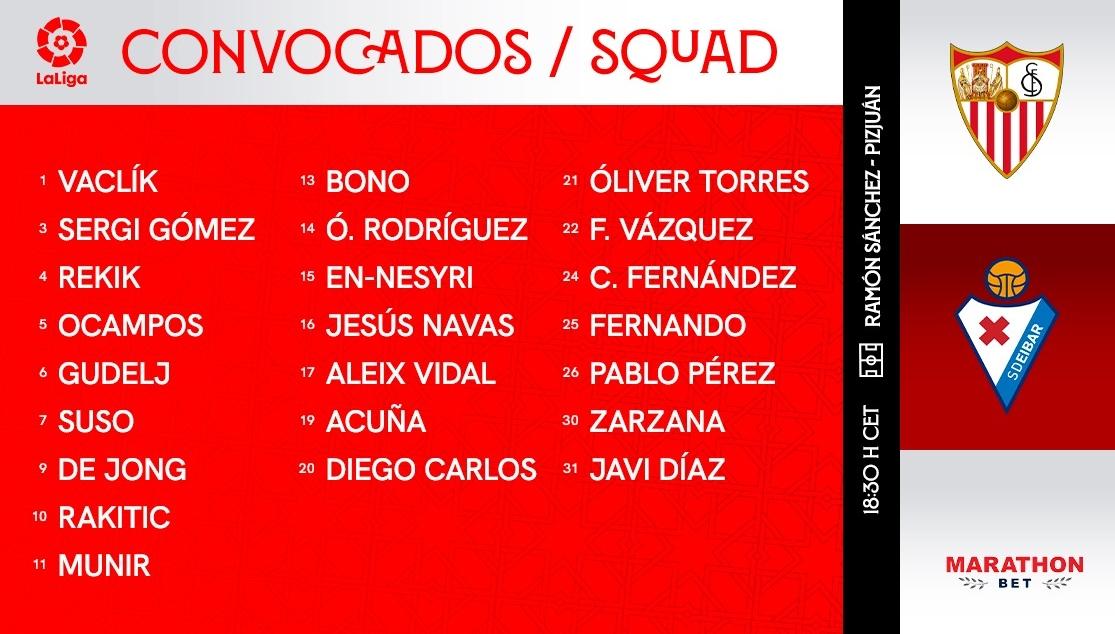 PABLO PÉREZ AND ZARZANA IN THE SQUAD TO FACE EIBAR

Aleix Vidal returns to the squad after not being registered for Champions League, while Escudero and the suspended Jordán miss out

Julen Lopetegui has named a squad of 23 for tonight's fixture against Eibar at the Ramón Sánchez-Pizjuán, with kick-off at 18:30 CEST. The manager has been able to count of some players who had missed training sessions this week, namely Jesús Navas, Lucas Ocampos and Sergi Gómez who came off injured at Stamford Bridge.

The suspended Joan Jordán misses out after picking up two yellow cards at Granada, while Sergio Escudero also does not make it into the squad. Aleix Vidal returns to the squad that faced Chelsea FC, while Javi Díaz replaces Alfonso. The main news of the squad is that the academy players Pablo Pérez and Zarzana have been included in the squad, the latter's first call-up to the senior team. Pérez picked up some minutes at San Pedro del Pinatar some weeks ago.