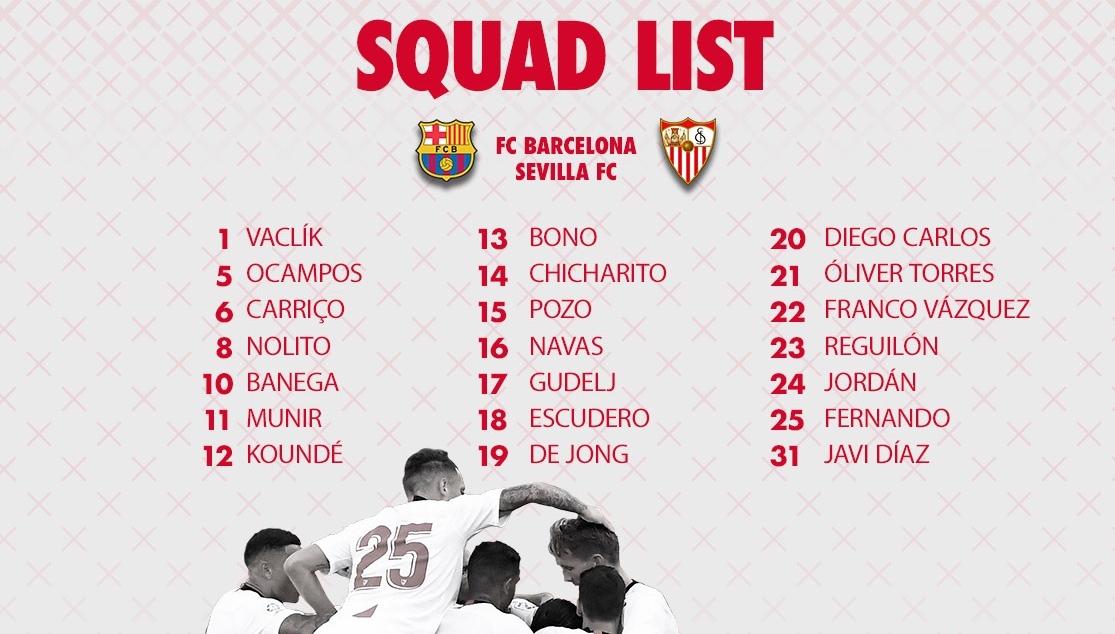 SQUAD LIST OF 21 TO FACE FC BARCELONA, WITH CARRIÇO INCLUDED

Sergi Gómez is ruled out through injury, and Bryan is with the U19 Spain team

Julen Lopetegui has announced the squad that will take on FC Barcelona tomorrow evening. The 21 man squad includes Carriço, who has recovered from his injury which forced him off in the defeat against Eibar just over a week ago. With 21 named in the squad, Lopetegui will have to take three players out for the matchday squad tomorrow.

Sergi Gómez is not in the squad as he suffered a slight injury on Thursday night.

First team
THE BANEGA FAMILY, WITH THOSE MOST IN NEED IN ROSARIO DURING THE PANDEMIC
Leer más
END_OF_DOCUMENT_TOKEN_TO_BE_REPLACED