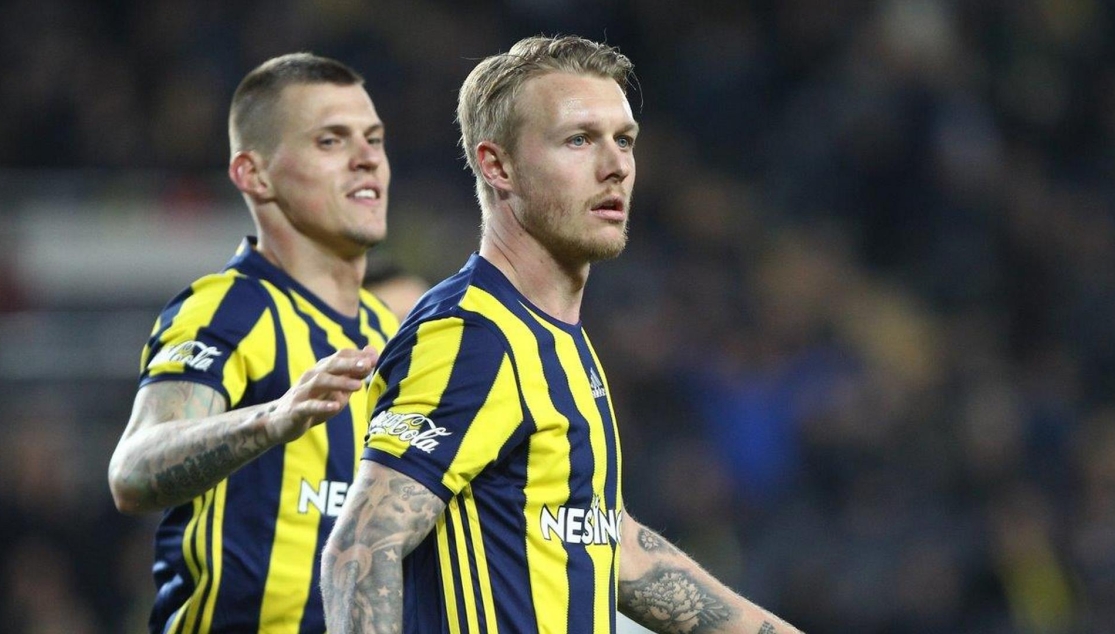 SIMON KJAER ARRIVES IN SEVILLA ON TUESDAY FOR A MEDICAL

The centre-back, captain of the Danish national team having represented them on 67 occasions, will sign a four-year deal with Sevilla FC providing that all goes well

Sevilla FC and Fenerbahçe SK have reached an agreement in principle for the transfer of Simon Kjær. As a result, the player will arrive in Seville on Tuesday afternoon to undergo a medical and, if all is in order, to sign for the next four seasons. Kjaer is a fast centre-back who has 67 international appearances with Denmark.

A product of the youth setup at FC Midtjylland, Kjaer made his debut in the Danish Superligaen at 18. One year later he made the step up to Serie A to play with US Palermo, whom he played for 65 times, scoring five goals, in just two seasons. His performances caught the attention of bigger sides and in the summer of 2010 he joined Wolfsburg. In his debut season in the Bundesliga he featured in almost every game, but one year later the club decided to loan him out to Luis Enrique's AS Roma side despite having featured for the entirety of the first three matches that season. On returning to Italy he managed to become a pan important fixture in the centre of defence and featured in 22 matches, a continuity he also found on his return to Wolfsburg for the 2012/13 season, in which he scored two goals.

However, following that campaign it was again time for a change of scene and he signed for French side LOSC Lille. In his first year he became a key man under René Girard, playing 37 times in Ligue 1 and in the French Cup. Thanks to a third place finish in the league, the following season he featured four times in the Champions League -accompanied in the back line by Sébastien Corchia- although the team wasn't able to make it to the group stage, losing to Porto in the play-off round. He finished that season with 42 games and three goals under his belt.

Then, in the summer of 2015 his final move, until now, took place, swapping France for Turkey by joining Fenerbahçe. Not long after his arrival the team lost against Shakthar Donetsk in the third qualifying round of the Champions League but he ended up featuring nine times in the Europa League, 28 in the league and six n the Turkish Cup, scoring two goals. These numbers were similar last season, in which he was again unable to help his team to reach the group stage of the Champions League, but scored two goals in the Europa League.

In terms of his international career, Kjaer is the captain of the Danish national team, for whom he has featured regularly since 2009. He has participated in the 2010 World Cup finals in South Africa and in Euro 2012 in Poland and Ukraine, as well as in the qualification stages of Brazil 2014 and France 2016, two tournaments for which Denmark were unable to qualify.