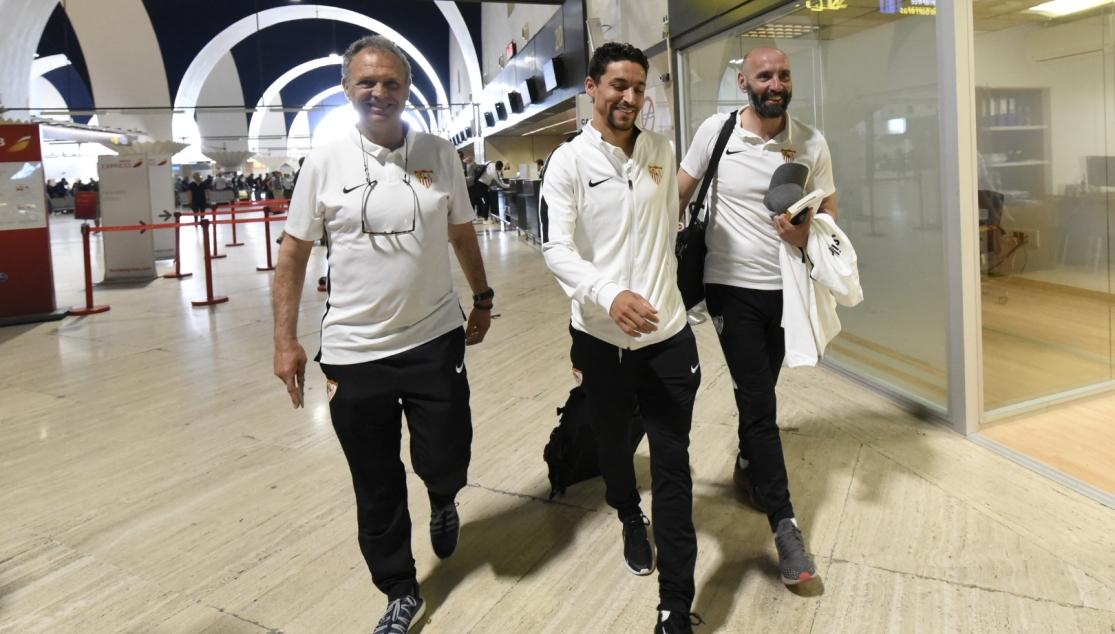 SEVILLA FC TRAVEL TO TANZANIA WITH A SQUAD OF 18

The match will take place at 18:00 in Tanzania's capital

Sevilla FC departed for Dar es Salaam, the capital of Tanzania, this Tuesday morning from San Pablo airport in Seville. On Thursday, they will play a friendly against the local team, Simba SC, at 18:00.

Wöber, Rog, Carriço, Gonalons and André Silva were not able to travel through injury, while Sarabia has not fully recovered from the virus which kept him out of the game against Athletic Bilbao.

Gabriel Mercado was also included in the squad; however, he has decided unilaterally to not travel with the team, arguing that he was entitled to rest days before heading off to join the Argentina team. The club has rejected this argument given that, for the moment, Argentina have only included him in the preliminary squad as the official squad is not released until Friday. Furthermore, there are other players who have travelled who will also be called up by their respective national teams and to permit Mercado his request would not be fair on the other players. Sevilla FC are investigating the possibility of opening up disciplinary action against the player.