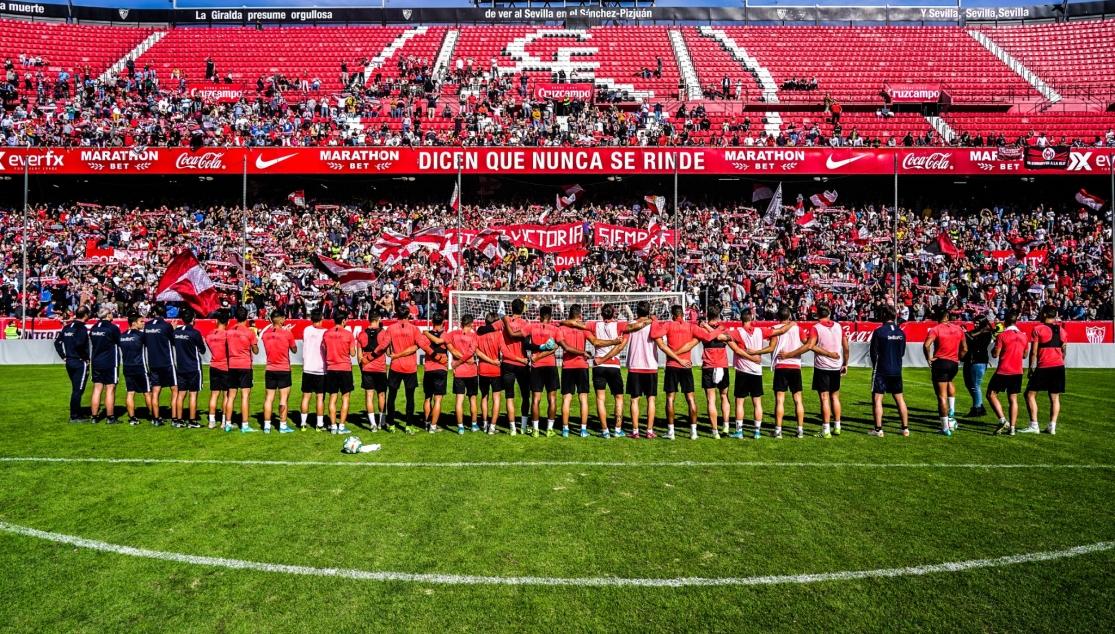 Sevilla FC had their last training session, this Saturday morning, before the derby which will take place on Sunday 10th November at 21.00 in the Benito Villamarín, in Matchday 13 of La Liga.

The team trained at the Ramón Sánchez-Pizjuán, in a session which in the last parts there were a lot of fans and people in 'Gol Norte' to show their support for the team.

With Monchi present, the team joined together as the more than 5,000 fans sang songs and cheered them on.

However, after an incident within the training session, Vaclík was forced to leave the field, accompanied by the medical staff. The full extent of the problem in his left ankle is yet to be known.

First team
THE BANEGA FAMILY, WITH THOSE MOST IN NEED IN ROSARIO DURING THE PANDEMIC
Leer más
END_OF_DOCUMENT_TOKEN_TO_BE_REPLACED