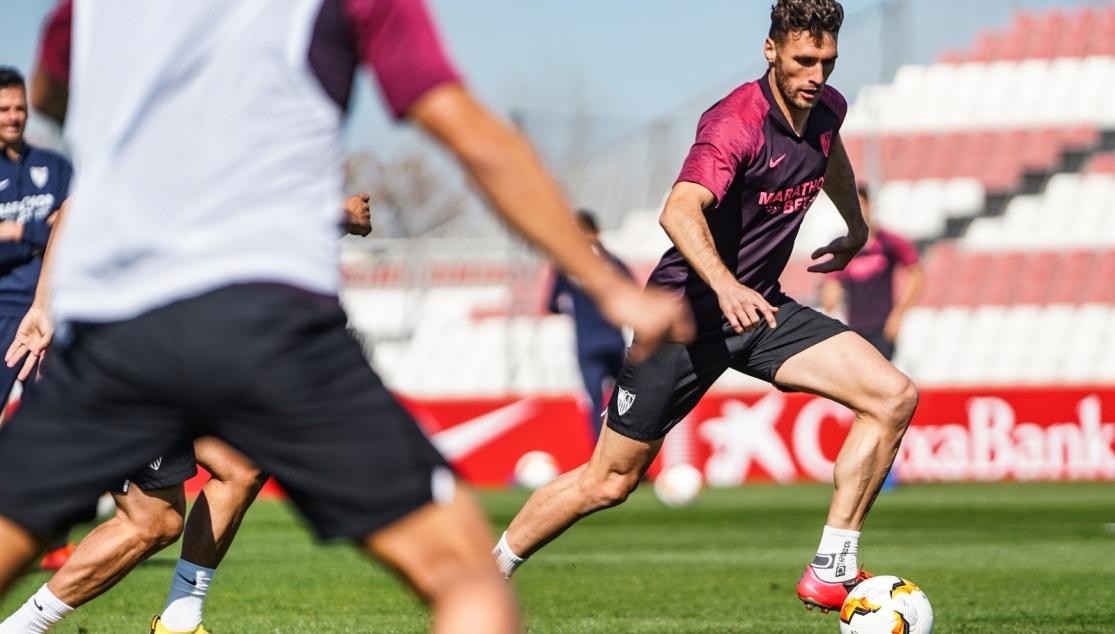 SEVILLA FC GET BACK TO WORK WITH A BIG WEEK AHEAD

Sevilla have completed their first session of a week where they will host both CFR Cluj, in the UEFA Europa League; and CA Osasuna in La Liga

This Monday morning at the Ciudad Deportiva José Ramón Cisneros Palacios, Sevilla FC trained after their convincing win over Getafe CF last night. Now, the squad have turned their attentions towards and are now fully focused on Thursday's second leg match of their UEFA Europa League Round of 32 tie with CFR Cluj at the Ramón Sánchez-Pizjuán. Moreover, on Sunday, they also host CA Osasuna in league action.

The session was the norm for a day after a match - with the starters in yesterday's win undertaking a recovery session in the gym; whilst the substitutes and a lot of the academy players, trained on the pitch.

The one notable absentee was Tomas Vaclík, who was brought off at half-time in the game yesterday as he felt some discomfort in his knee; however, it must be noted that he is improving and feeling better today. He will continue to be assessed in the coming days.

The Club
JUAN JOSÉ JIMÉNEZ: "THE SPORTING WORLD IS SETTING AN EXAMPLE TO EVERYONE"
Leer más
END_OF_DOCUMENT_TOKEN_TO_BE_REPLACED